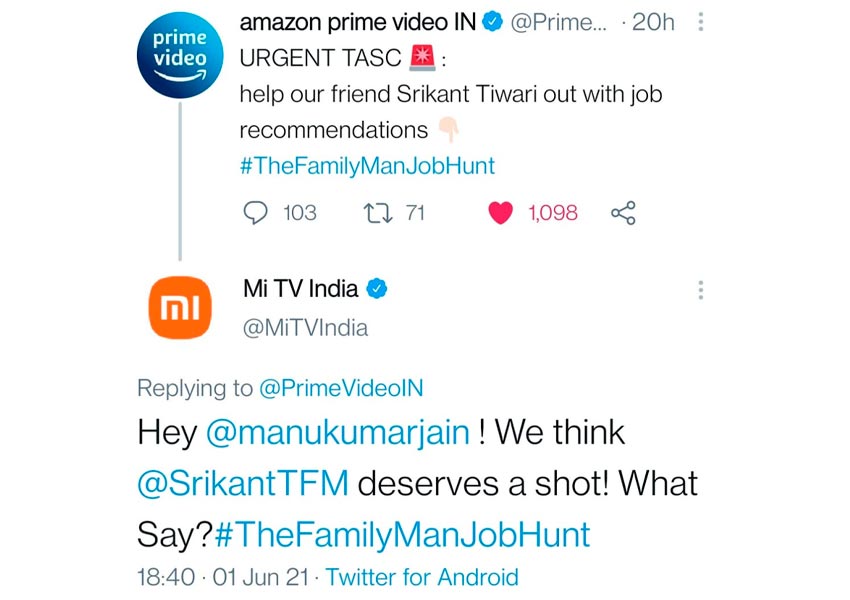 As we inch closer to the release of the new season of the eagerly awaited Amazon Original Series – The Family Man, Amazon Prime Video launched an innovative engagement initiative with India Inc. and startups to stir-up even more excitement for the series. Titled #TheFamilyManJobHunt , this unique influencer campaign follows Srikant Tiwari’s (Manoj Bajpayee’s character in the series) quest for a new job, with him being interviewed by business stalwarts like Ritesh Agarwal, Founder & CEO of OYO Hotels & Homes, Manu Kumar Jain, Vice President of Xiaomi, Kabeer Biswas, CEO & Co-Founder of Dunzo and Ankur Warikoo, Co-founder of Nearbuy. The engagement initiative picks up from last season’s story-arc where Srikant has the uphill ‘TASC’ of finding a decent desk job for himself, having quit TASC to spend time with his family.

Kick-starting the digital campaign #TheFamilyManJobHunt, lead actor Manoj Bajpayee took to his social media to share that Srikant Tiwari has finally chosen to be an ideal “Family Man” and is on the lookout for a corporate job. His post triggered a round of fun and quirky conversations among fans, celebrities and social media influencers replying to his tweets with bizarre job recommendations. Industry leaders like Ankur Warikoo (Nearbuy), Kabeer Biswas (Dunzo), Ritesh Agarwal (OYO) and Manu Kumar Jain (Xiaomi) were seen joining in the fun banter as well, proposing to interview Srikant. What followed were a series of interesting virtual interviews with these much-admired business leaders that created quite the stir in the corporate world and amongst netizens!

Watch the 60 second mash-up of all interviews here.

Talking about this unique and fun interview #TheFamilyManJobHunt Ankur Warikoo, Co-founder of Nearbuy said, “Srikant (Manoj Bajpayee’s character in the show) is a super talented guy. Would have loved for him to be part of Nearbuy. Not sure why the reference check aspect of his interview made him get all weird. Love such talent, sad he could not join us!”

Kabeer Biswas, CEO & Co-Founder, Dunzo said, “Working with The Family Man team has been a thrilling experience much like the show itself.  It was a natural extension for Dunzo – through the pandemic, our team has worked to keep Indian citizens safe. No mean-feat, if you think about it! Just like Srikant, we have had to balance multiple priorities. As we continue to deliver essentials across the country, we’re sure that the series will deliver on the intrigue and entertainment it did with the first season. And Srikant, the job offer is always open!”

Manu Kumar Jain, Vice President of Xiaomi added, “It was an absolute delight to collaborate with the team of Amazon Prime Video for the upcoming season of Family Man. It was great to have Srikant interview with us. He promises to be a high performing individual both on reel and in real life much like Mi TV, India’s No. 1 Smart TV brand. We are confident that with the passion he has, the new season of Family Man will continue to be one of the most popular shows amongst the audiences.”

Talking about the #TheFamilyManJobHunt – Sushant Sreeram, Director, Marketing at Amazon Prime Video for India, said, “As India’s much loved video streaming service, we have had the opportunity to build immersive worlds for our viewers with blockbuster series like The Family Man. A big part of building that on-going relationship with our viewers is to bring elements from reel life to real life and vice–versa. Srikant Tiwari on a job-hunt is just that – a much loved character doing something many of us have experienced in real life. We had a ball working with leaders of some of the most exciting startups in the country right now, putting together this fun job-hunt campaign for our customers. Who is going to hire the not-so-minimum guy? Tune in to Amazon Prime Video on the 4th of June to find out!” 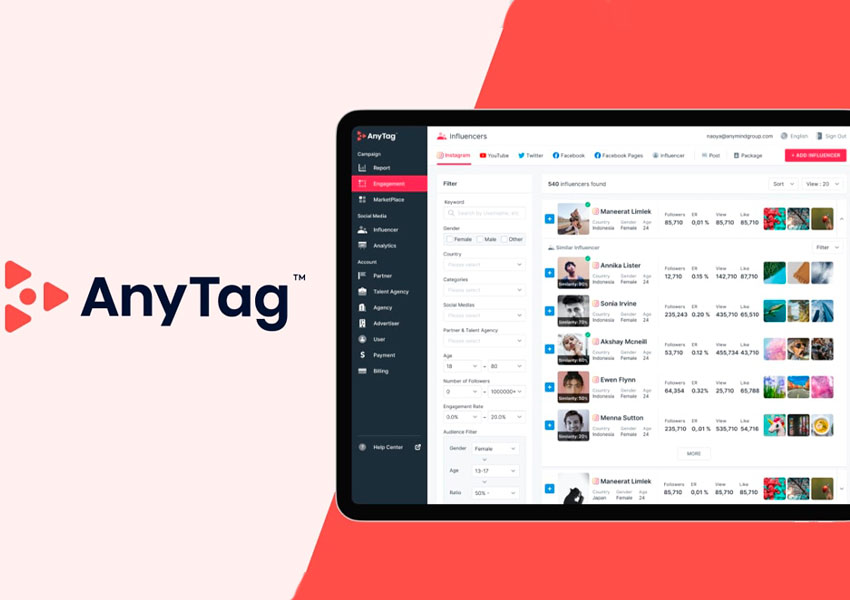