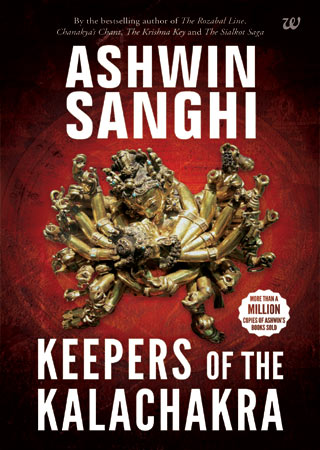 Ashwin Sanghi, one of India’s leading English-fiction authors, launched his latest novel, Keepers of the Kalachakra, published by Westland (an Amazon company), at the ongoing Zee Jaipur Literature Festival 2018.

The event was graced by Dr Shashi Tharoor, Hon’ble Member of Parliament, wherein he and Ashwin engaged in a riveting conversation on topics around history, science, theology, mythology, politics and philosophy.

The launch venue was brimming with literary enthusiasts who had come to listen to their favourite author Ashwin Sanghi and the intellectual politician Shashi Tharoor. In the interesting exchange of words and ideas, the author made fascinating revelations about the book.

Keepers of the Kalachakra is a story of a world of people at war with the other, in a boomeranging conflict of faiths that results in acts of slow, planned human cruelty that defy human imagination.  It is a fearsome tale of men who guard the ‘Kalachakra’ or The Wheel of Time. Caught in the midst of this madness is Vijay Sundaram, a scientist who is well-aware that the zone outside his laboratory is stretched taut and close to being torn apart by two widely divergent and malignant forces that he wants no part of.

Commenting on the occasion, Ashwin Sanghi said, “I have tried to bring Philosophy and what is happening all over the world to the fore, in the form of an engaging story through Keepers of the Kalachakra. Taking cues from contemporary affairs, the book talks about a world of religious conflict and the philosophical learnings that our ancient sages passed on to us, and which are now being analyzed by the quantum scientists. The book is an effort to seamlessly combine both to give readers a thrilling story with a shocking climax that they would not anticipate.”

In Keepers of the Kalachakra, Ashwin Sanghi, seamlessly weaves history, science, theology, mythology, politics and philosophy to bring you an exhaustively researched whopper of a plot, while dangling the readers over the edge with this thrilling multidimensional narrative.

Tags:
Previous Article
Spotlight 2 new song is all set to rock the world of digital entertainment​
Next Article
Author Amish launches the new cover for ‘Ram – Scion of Ikshvaku’ 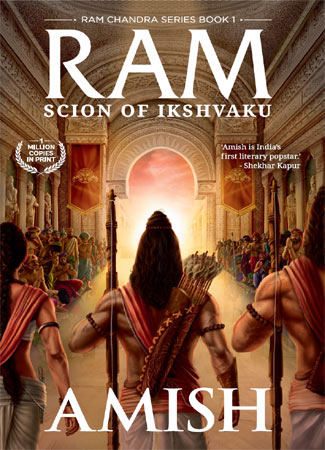