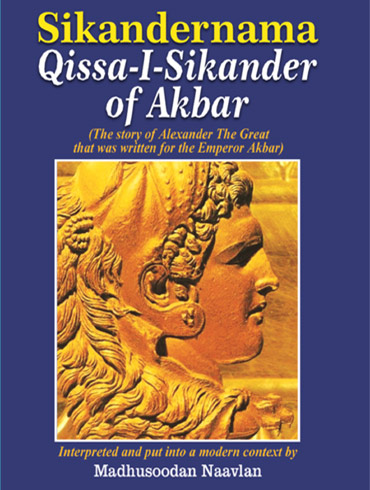 Mr. Madhusoodan Naavalan, an aspiring author, has recently announced the launch of his debut novel, “SIKANDERNAMA, Qissa-I- Sikander of Akbar”. A sweeping tale that encapsulates the achievements of Sikander-i-Azam, this novel is based on actual events known by Greek sources, which provides readers with detailed insights into the life of the great ruler.

Sikander was ruthless in his quest to conquer the known world. This focused drive to achieve the near impossible meant that he had to dismantle the only superpower of that time – the ancient Persian empire. The ambition instilled in him by his parents and by his teacher Aristatalis or Aristotle made him an impeccable ruler who conquered the empire. His father, King Failafus or Philip was no slouch when it came to conquest. It was he who created a Maghdouniyeh or Macedonia, so powerful that Sikander was able to fulfill this ambition.

Commenting on the novel, Mr. Naavalan stated, “Akbar was in his own right a great ruler, unlettered, but erudite he had a vast collection of books, and lurking in there was a book about Sikander. The name, Sikander is a Persian rendition of the name Alexander. When the Greek emperor conquered Persia, the Persians started addressing him as Sikander. This novel is a work of imagination overlaid on some historical events, which attempts to create some of the magic that is conjured by the achievements of Sikander i Azam and the times in which he achieved so much.”

Sikander’s achievements as a conqueror are undoubtedly unparalleled. What sets him apart and bestows the sobriquet of Azam or’ the Great’ was his dream to marry the civilization of Yunan or Greece with Farsa or Persia, which was an unthinkable move for the people of both nations. He worked, despite stiff opposition towards it, but his untimely death robbed him of what could have been a ‘super civilization’.