New Book Launch by Sudeep Nagarkar ‘She Friend-Zoned My Love’ 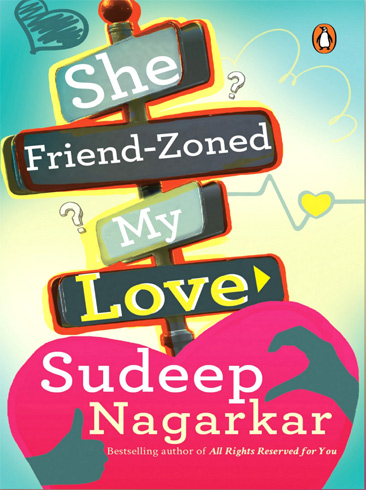 Sudeep Nagarkar ‘s new book “She Friend-Zoned My Love” has already created its position among the readers.

Last week the book held the 2nd position in India after long time number one on the bestselling fiction list, Paulo Coehlo’s The Alchemist (HT-Nielsen Top 10) and had also managed to displace Coehlo’s book in the week before to secure the first position (HT-Nielsen Top 10).

In his new book, Sudeep focuses on “Body Shaming”, a major issue that at some point of time affects the life of today’s generation.

Today’s youth constantly spends time on Social Media posting pictures of “Zero Figure” and “6 pack Abs”. It has become a trend to beautify ones appearance to avoid being trolled with nasty comments and cyber bullying. In order to be accepted in the society and peer groups, even the highly educated tries to fit in the general FB/Insta influenced perception on looks.

With one of the lead characters Sia, the author highlights this problem through her journey of fighting depression due to weight issues. As the author caters to a younger audience, he wants to make his readers realize the importance of self compassion.

He has penned a story that seems usual but evokes twists and turns with an exciting tale of falling in and out of Love. Through the central lead characters Apurvv and Amrya, the book also explores the psychology behind friend-zoning and the struggle for maintaining the same bond of friendship after being friend-zoned.

Blurb about the book:

Should I smile because we are friends or cry because we are just friends? Blessed with the gift of the gab, Apurv manages to charm everyone in his company. In another part of town, beautiful and popular Amyra leads a flawless life. All the boys desire her and all the girls want to be her best friend. A chance encounter with Amyra in the college canteen makes Apurv fall head over heels for her. But it isn’t long before he realizes that she is not interested in him, at least not in the way he wants her to be. Can Apurv get Amyra to change her mind before it’s too late, or will he be friend-zoned forever?