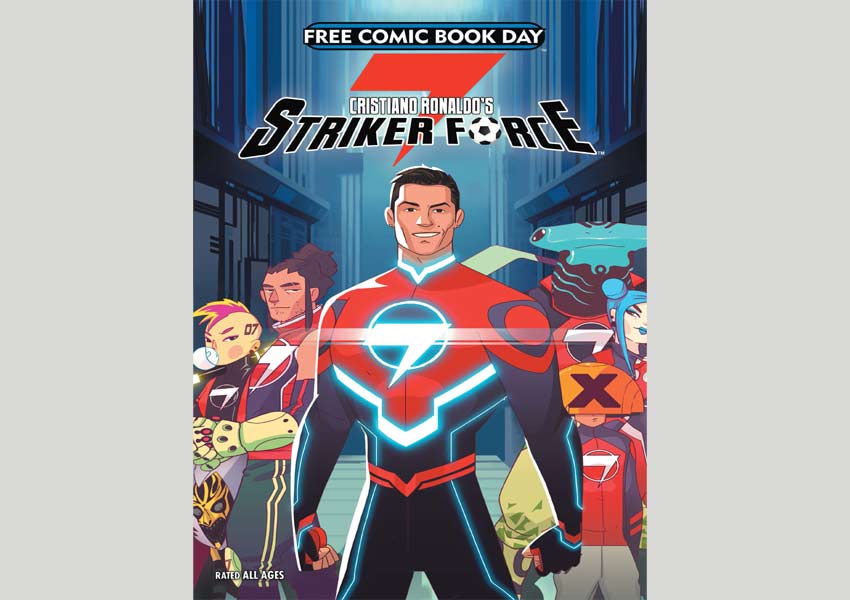 Led by Cristiano, a motley crew of super-powered agents from around the world must protect the Earth from annihilation – provided Cristiano can teach them how to work as a team! They’re here to save the Earth – but who’s going to save them from each other!?

“I have always been a fan of superheroes and I’m thrilled to help to create this new animated series”, commented Cristiano Ronaldo. “In the same way football connects cultures and people around the world, I believe great animated characters and heroes can do the same and that’s why I am excited to bring together these passions of football and superheroes through this project and share it with my fans.”

Striker Force 7 is a new story, created by Cristiano Ronaldo and superhero creator, Sharad Devarajan, and the comic book is based on the animated series currently in production. Cristiano and Devarajan are Executive Producers on the animated series, along with Diego Guarderas of VMS Communications, Polaris Sports team and Jeevan J. Kang, Graphic India’s EVP Creative.

Beyond the Free Comic Book Day special, Cristiano and Devarajan have also closed an 8-territory European publishing deal to launch a series of three original graphic novels based on their characters, with the first book launching later this year. The series will be available for purchase worldwide.