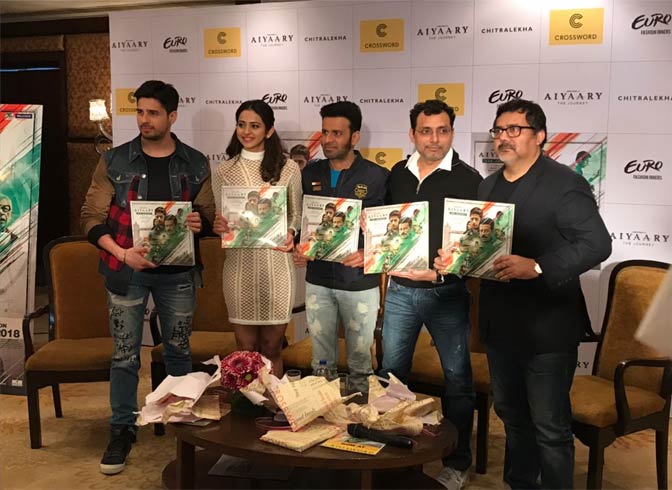 Celebrating its 25th year, India’s leading bookstore chain, Crossword Bookstores, which has pioneered the lifestyle bookstore concept in India, has evolved to emerge as a culmination of cultural and social interaction for customers as well as authors and poets.

Over the last decade, the entertainment industry has recognized the potential of books and crossed over to chronicling their experiences as well. One such event, took place with the launch of a behind-the-scenes book – Aiyaary – The Journey.

Published by Chitralekha Group, the book is curated by the Group Publisher and President Mitrajit Bhattacharya. Commenting on the book, Mitrajit Bhattacharya said, “The film Aiyaary has been shot across breathtaking locales of Kashmir, London, Cairo, New Delhi and Mumbai making it interesting material for a book. It is already available at leading retailers including Crossword Bookstores & is an excellent narrative of what happens behind the scenes when a movie of this scale is shot. The foreword for the book has been written by Manoj Bajpayee and Sidharth Malhotra, and the book is introduced by the captain of the ship, director Neeraj Pandey himself.”

A spokesperson for Crossword Bookstores revealed “The book industry is content-driven business. I am sure Crossword’s customers would love to know the stories that led to the making of this magnificent movie. As customer preferences are changing, we are seeing the onset of new categories of books.”

Aiyaary which means ultimate trickery is a spy thriller inspired by real life events portraying the relationship of a mentor and protégé in the Indian Army. It’s a story of difference of opinion between these two characters from two different generations and what a soldier resorts to in an ultimate crisis. Yet another blockbuster in the making from the Friday Filmworks banner, the film is written and directed by Neeraj Pandey. Besides Sidharth Malhotra and Manoj Bajpayee, it also boasts a stellar cast of Naseeruddin Shah, Anupam Kher, Adil Hussain, Pooja Chopra and Rakul Preet Singh.

“I was dying for this book to come out, because it was supposed to come out a while back. Since the movie is also releasing on this Friday, I am very excited for the launch of the book”, quotes Sidharth Malhotra.

“I am so happy that the film is releasing around Valentine’s Day. It shows the love for the country, love for the army men, and love for the people who are not only fighting on the border but also fighting inside the country. You will also get to know how these people accomplish a mission which looks impossible”, said Manoj Bajpayee.

So tighten your seatbelt and live the cinematic journey of making Aiyaary through the book, Aiyaary – The Journey. 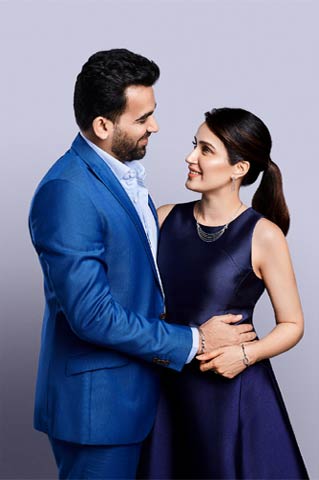