The third edition of The Economic Times Young Leaders kicked off today. India’s largest and definitive platform for young corporate managers, created in partnership with CEB SHL, will see thousands fight for a place in the elite ranking of the country’s future leaders.

The first two editions of The Economic Times Young Leaders attracted nearly 50,000 executives from 580 cities and towns. Only 50 made it to the final lists in the two editions. Let’s put that in perspective: statistically, it is 15 times harder to make it to the ET Young Leaders list than it is to get admitted into an IIM. Naturally, those that break into this elite list are singled out and celebrated as the hottest young leadership talent in the country. That’s a passport to fast-track your career no matter how much the economy slows down. 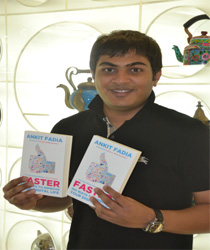