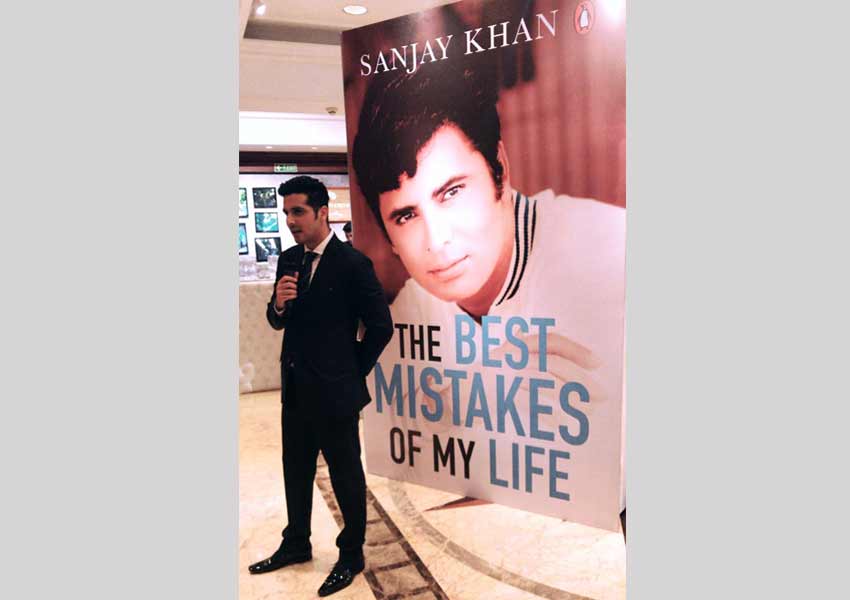 The city witnessed a star-studded affair with the who’s who from the film fraternity as well as politics attending the grand launch of legendary actor-producer Sanjay Khan’s autobiography ‘The Best Mistakes Of My Life’.

The autobiography traces the journey of one of the greatest actor-producers in Bollywood often referred to as the original ‘Khan’ of Bollywood.

The launch saw the presence of former Chief Minister of Jammu and Kashmir Dr. Farooq Abdullah who was also the guest of honour and also a close friend of Mr. Sanjay Khan. Along with him, Mallika Sanghvi, Sunil Alagh and Farooq Dhondy were also present.

Actor Dia Mirza, also a close friend of the family, was the host for the evening and narrated wonderful anecdotes from the life of the legendary actor. Also present were his son Zayed and daughters Sussanne, Simone and Farah along with Mr Khan’s wife Zarine.

Sanjay Khan said, “This is an extremely emotional moment for me. I had never really thought of writing an autobiography but the process made me relive most parts and has made me value my life, my friends and those who stood by me even more. It gives me so much happiness to be able to share this moment with all those who are so precious to me.”

Sanjay Khan also read out an excerpt from his book which was about his mentor and his greatest inspiration, the Late Shri Raj Kapoor.

The autobiography titled ‘The Best Mistakes Of My Life’ has the actor-author at his candid best with a bare-all look at his journey in Bollywood and outside of it. From films to politics to his near-death accidents, Khan writes on all his life-changing moments.

Sanjay Khan has acted in more than 40 films and produced and directed films like Chandi Sona, Kala Dhanda Gore Log and the television classic The Sword of Tipu Sultan. He is the recipient of the ‘National Citizen Award’ twice, the ‘Rajiv Gandhi Award for Excellence’, the ‘Gem of India Award for Excellence’ among many other honors.