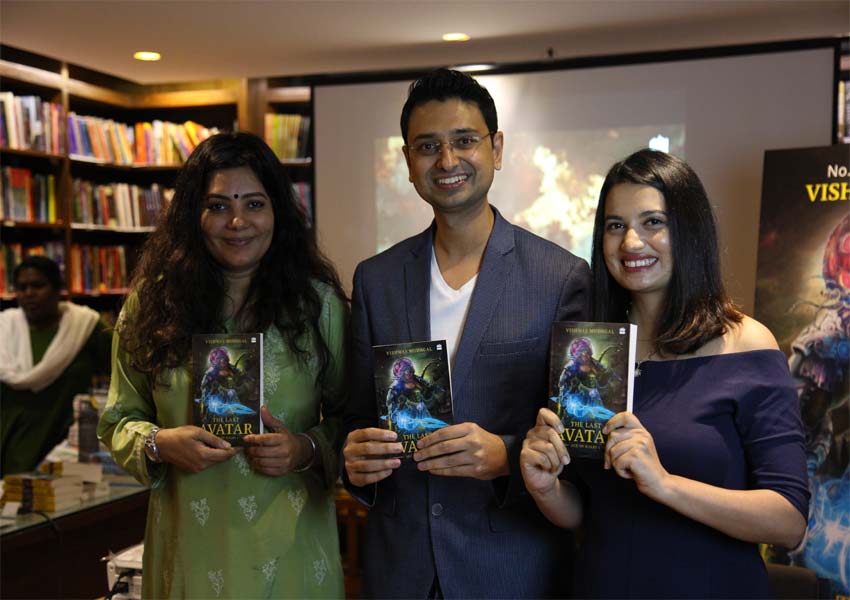 Set in the future and written over a fabric of mythology, weaved with threads of science fiction, the Last Avatar is the first installment of a three-part trilogy under Age of Kalki and attempts to demystify the tense geopolitical times that truly surround us today. Launches amidst popular guests and avid book readers, the event included a book reading sessions by the author himself, followed by a tete a tete with the guest for the evening, Shardha Sharma, who has been instrumental in shaping the career of many entrepreneurs and played an encouraging role for emerging starts-ups.

Speaking on the occasion, author Vishwas Mudagal says, “I was always fascinated with the prophecy of Kalki, the last avatar of God who the ancient Hindu Puranas and epics predict would be born to end the age of darkness on earth. I decided to create a true Indian superhero with Kalli, in a way no one had ever thought about before”.

This is the author’s second book, after a very successful debut – Losing my Religion launched in 2014,  which went on to become a sensational bestseller and etched his place as a top author and youth icon.

Effectively jugging multiple roles, Vishwas Mudagal is also the CEO & Co-Founder of GoodWorkLabs and GoodWorks CoWork, ranked the No1 co working space in Bangalore, and has embraced storytelling as his parallel career to pursue his love and passion for writing.

In the not-so-distant future, India has fallen, and the world is on the brink of an apocalyptic war.  An attack by the terrorist group Invisible Hand has brutally eliminated the Indian Prime Minister and the union cabinet. As a national emergency is declared, chaos, destruction and terror reign supreme.

From the ashes of this falling world, rises an unconventional hero – a vigilante known only as Kalki. Backed by a secret society called The Rudras, Kalki, along with Nushen, the Chinese superhuman spy, must do the impossible to save his country and the world.But who is Kalki?  A flesh and blood crusader with a mysterious past? Or the Messiah the world has been waiting for?

Tags:
Previous Article
#Leapforth into the human aspect of an assassin as &flix premieres ‘Proud Mary’
Next Article
SHAREit collaborates with Hungama Play to widen its content catalogue