THE MODI EFFECT- Inside Narendra Modi’s campaign to transform India 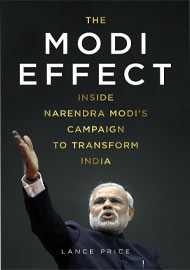 Hodder and Stoughton are delighted to announce a major new book on the rise of Narendra Modi from humble beginnings to prime minister of India.

‘The Modi Effect – Inside Narendra Modi’s campaign to transform India’, will be published in March 2015.

The only book with exclusive access to Prime Minister Narendra Modi, his ministers and advisers, it will reveal the inside story of the campaign – the most ambitious and innovatory ever seen in India or the world – which has lessons for politics in every democracy on earth. Using his experience as a former BBC political correspondent and as communications director for Tony Blair’s Labour Party, British author Lance Price will bring fresh insight to the election campaign and the impact of Modi’s victory both in India and across the globe.

Under Narendra Modi’s leadership the Bharatiya Janata Party (BJP) won a crushing victory in the 2014 general election leaving the Congress Party of the Gandhi political dynasty in disarray. For the first time in the history of India an opposition leader swept to power with an overall majority.

The book will look at the Modi’s rise to power, his unprecedented mass appeal despite the controversies surrounding him including the west shunning him, and the pivotal role he will now play on the international stage.

Lance Price said: “Of all the elections I have ever reported on or taken part in, nothing compares to Narendra Modi’s recent campaign in India. It was breathtaking in its ambition and its execution. The new Prime Minister is a fascinating character with a controversial past. The story of his rise from selling tea on trains as a boy to leading the world’s largest democracy is a fascinating one. I hope that with the benefit of interviews with so many of those intimately involved in the campaign, The Modi Effect can shed important new light on how the election was won and the lasting impact it’s likely to have on India and the world.”

Among Lance Price’s previous works are The Spin Doctor’s Diary, also published by Hodder and Stoughton, and Where Power Lies – Prime Ministers v The Media. 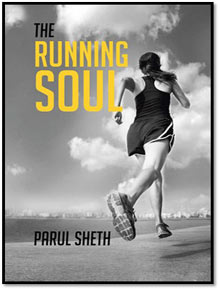