Honeywell, a global leader in Connected Buildings, today announced the Honeywell Smart Building Awards 2017, implemented in partnership with the Network 18 group, and KPMG as process validator and evaluator, to recognize buildings that excel in three key smart building outcomes: green, safe and productive. This marks the third consecutive year Honeywell is organizing these awards to promote smart building awareness within India.

The event in Bengaluru involves a panel discussion on the “Emergence of Smart Buildings in India” led by Adarsh Narahari, Honorable Secretary, CREDAI Bengaluru and Managing Director of Mantri Primus. It will be attended by top building owners and real estate developers in the region.

“It is promising to see the rising demand and adoption of smart building technologies among industrial, commercial, and residential spaces across the country. In line with the Indian government’s vision for 100 Smart Cities, we aim to recognize and encourage the country’s smartest buildings through these awards, enabling energy efficiency, safety, and productivity for their owners and inhabitants.” said Vikas Chadha, president, Honeywell India.

Honeywell launched the Honeywell Smart Building Score™ in India in 2015. This self-assessment tool, a first-of-its-kind global tool to measure a building’s smartness, evaluates 15 technology asset groups in a building that make it green, safe, and productive based on the building assets’ overall capability, coverage, and uptime. Honeywell subsequently launched the tool in six countries across the United States, China, and the Middle East. Among the tool’s measures:

Over the last three years, the Honeywell Smart Building Awards have become the definitive award that the country’s smartest buildings aspire to achieve, attracting applications from across the country. Honeywell is known for among the broadest portfolio of technologies that make buildings across the world green, safe, and productive. The awards aim to encourage more and more building owners and facility managers to drive efficiencies for their buildings and residents.

17 High Schoolers From India Live Like Astronauts For Two Weeks At U.S. Space Camp
MediaInfoline May 01 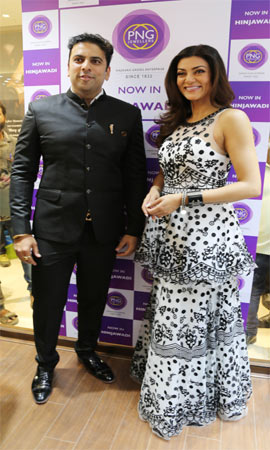