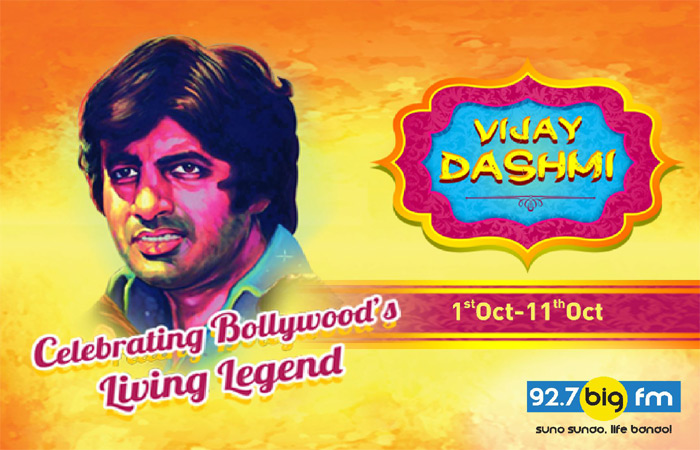 92.7 BIG FM, India’s Largest and No.1 Radio Network known for its engaging content has brought yet another interesting festive spike for its listeners. The radio network pays tribute to superstar Amitabh Bachchan through a special campaign ‘VIJAY DHASHAMI…10 DIN VIJAY KE’. The ten day activity which began on October 1 will culminate on October 11, a day which happens to be both, Vijayadashmi as well as Amitabh Bachchan’s birthday.

92.7 BIG FM dedicates the festive celebration to the legend this year, his most popular on-screen name being ‘Vijay’. In light of the ten day festival, the activity which was based on different themes, celebrated ten different themes around the actor in their morning band. The themes in this morning slot comprised of 10 iconic roles, 10 crazy fans, 10 iconic songs, 10 milestones of his life, and 10 fashion statements among other themes.

As part of the celebration, the radio network also ran a contest for fans of the actor during its mid-morning  and evening time band, whereas the afternoon band incorporated trivia about the actor. The evening slot also mesmerized listeners with unplugged versions of his popular songs, while the late evening slot recreated incidents from Mr. Bachchan’s life. Anecdotes by famous film critics and authors like Anupama Chopra, Nasreen Munnik and Bhawana Somaya were also included in the show.

On this unique celebration of Vijayadashmi, a spokesperson from 92.7 BIG FM said, “We have always tried to do something unique every year during the ten day Navratri period. This year, Vijayadashmi happens to coincide with Mr. Bachchan’s birthday. It gave us an idea to combine both the celebrated events as part of our programming content on 92.7 BIG FM. ‘VIJAY DASHAMI…10 Din Vijay Ke’ was yet another reflection of our dedication to engage our listeners with innovative content. This activity is a tribute to the legend, as well as his die-hard  fans.” 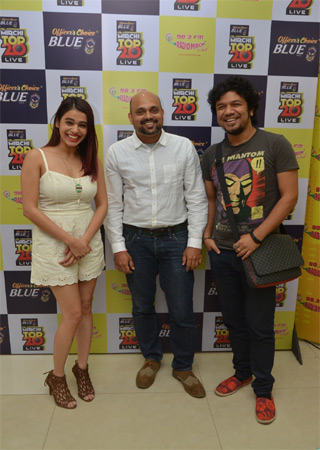