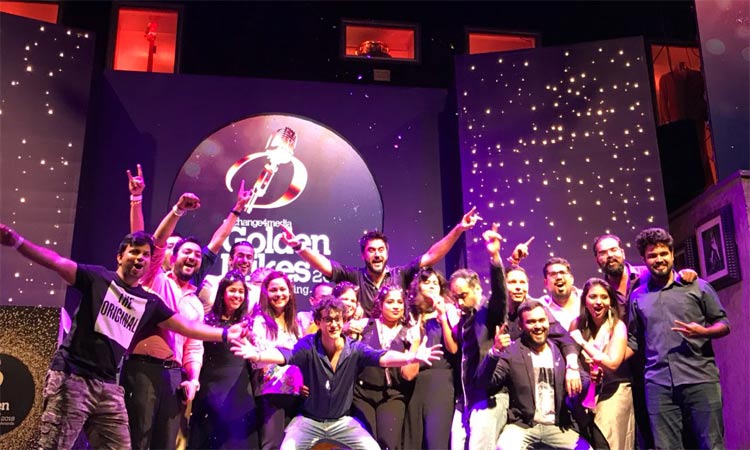 93.5 RED FM the most awarded and largest private radio network was honoured with 2 Excellence and 16 other awards in different categories at the Golden Mikes Radio Advertising awards ceremony 2018. The awards took place at Hard Rock Cafe, Worli, Mumbai, on the 19th April Thursday. Golden Mikes Awards completed its 8th year celebrating the best of radio ads seen in India, across radio channels, from every part of the country.

A proud COO of RED FM, Nisha Narayanan, said, “The audience cheered throughout as RED FM was winning back to back awards at the award ceremony. We invest a lot to understand the taste and likes of our listeners as we create our content. Winning the best radio station trophy is an awesome feeling and it has made the entire Red FM team super happy and proud. RED FM will keep pushing the limits of creativity and take the innovation quotient a notch higher with the upcoming campaigns.”

The Golden Mikes Radio Advertising also acknowledge the contribution of advertising agencies, media agencies, clients, radio stations, production houses and others to the growth of the medium in the country.