Mirchi’s Creative Services (CS) team hasonce again crafted an insight driven campaign and this time for the much talked aboutapp ‘dittoTV’. The campaign thought “AapkaChaltaPhirtaTV” communicated the essence of the product offering in one line.

Radio has an inherent USP i.e. one can listen to radio “chaltephirte”. Similarly Ditto TV enabled consumers to watch TV in real time, and that too from anywhere. After all who wants to miss their favorite shows! Based on this insight the CS team came up with the campaign thought of, “Aapkachaltaphirta TV”. The thought was communicated to the listeners in a fun filled way with elements like, “Agar TV ke paav (legs) hotetohaap TV kokahankahanlekarjate aur TV dekhnakahanpasandkarte?”

Mirchi has not only seeded these unusual ideas but has also decided to amplify the campaign through on-ground activities across India. An example of an activity is a character called ‘TVji’ (in picture) who approaches unsuspecting people at bus stands and colleges and plays live TV for them. In fact, TVji played KumkumBhagyafor a female listener at a shopping center who was about to miss her favorite show, leaving her pleasantly surprised.

Among advertisers, Mirchi is a brand known not only as the leading FM radio station in India, but also as a one-stop provider of insightful and innovative marketing solutions.The Creative Services team in Mirchi prides itself on being able to come up with a complete package of out-of-the-box ideas for brands seeking cutting edge creative solutions. Recently the CS team had also bagged awards at Golden Mikes 2016 for clients like Hero Cycles & Kellogg’s.

Speaking on the occasion, ShwetaIyer, National Head – Creative Services,Mirchi said,“TV is a very essential part of everyone’s life. Watching live TV on the go will have an impact on the way television is consumed. The quirky name of the campaign – Chaltaphirta TVlets people know what the product is all about. We have stretched beyond radio as a medium and covered on-ground to reach more people fordittoTV’s campaign.”

Speaking on the occasion Archana Anand, Business Head, dittoTV, “We’re very excited to have partnered with Radio Mirchi on the ChaltaPhirta TV campaign. On ground has been a critical element of our disruptive Bees Ka TV campaign across India for dittoTV. This innovative idea from Radio Mirchi really helped bring alive the proposition of being able to watch Live TV-on-the-go to people across 11 cities. We are very happy with huge interest it generated and the response we have got for the campaign.”

Tags:
Previous Article
Drive away the fear of missing out with “Star World Now Trending” – It’s time to say No More to FOMO!
Next Article
Cube26 Launches New Brand–Reos 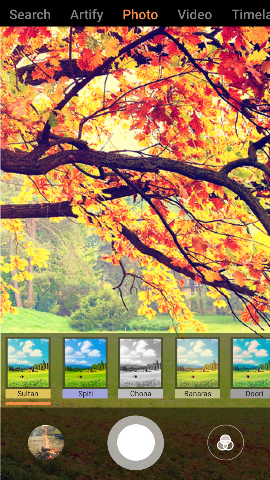