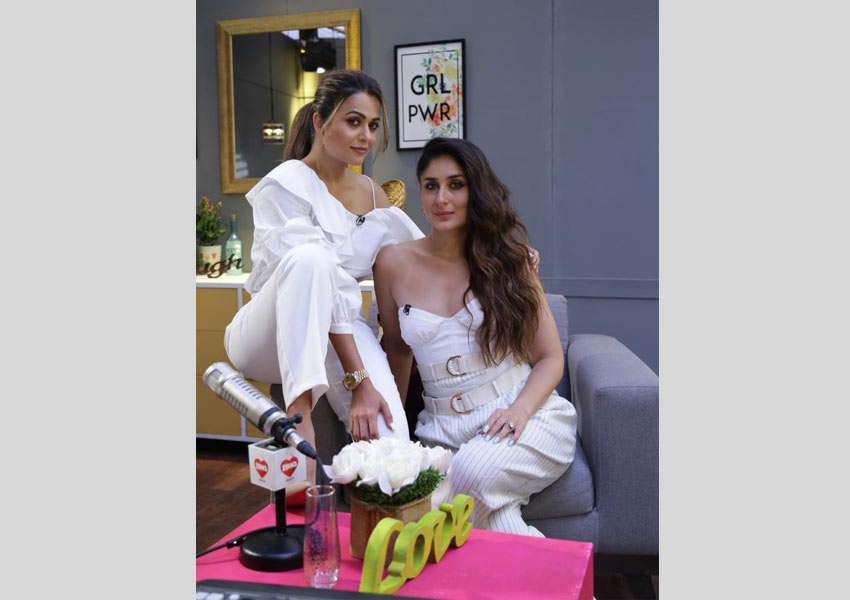 One of the most close-knit friendships in Bollywood has been the one shared between Amrita Arora Ladak and Kareena Kapoor Khan. Always seen together at parties and dinners, this is one sexy duo that have stood the true test of time and continues to give major BFF goals to people out there. The ravishing Amrita was seen in a tete-a-tete with her BFF Kareena on Ishq 104.8 FM’s show ‘What Women Want with Kareena Kapoor Khan’, revealed how the duo bonded over a host of things they liked and disliked that resulting in them becoming diehard friends. The best of buddies shared anecdotes about their friendship that is the talk of the town, not before stating why every girl needs to have that one best girlfriend in her life who is her close confident, her everything. Coming to more serious topics, the pair discussed why women form stronger friendships than men and why women are more judgmental towards each rather than men among others. The duo, who can’t get enough of each other, also stressed why it is important for any friendship to evolve over a period of time.

Bebo who had her BFF on the hot seat, asked her a few questions on why and how female friendship is important. To which Amrita said, “It is very important from every perspective. You now have someone who offers you a safe space and whom you can completely confide to without the feeling of being judged. Sometimes, we make decisions where we prefer to have a friendly opinion rather than a family opinion. Friends are very neutral in this case. And who doesn’t need a female friend with whom one can share the deepest darkest desires of their life and moments of happiness as well as when you’re at your lowest.”

When questioned by Kareena about, ‘Is female bonding stronger than male friends’, Amrita quipped, “We come from a different place, thus our friendship has a different meaning. There is a difference in the kind of conversations we have. Most importantly, we share almost everything, unlike men where it is more about a bro-code which works in their case. There is constant banter that one will find between two girl friends whether good, bad and ugly which is something that the guys lack.”

“I think it’s changing. Earlier, woman never used to think twice before slagging off another woman basis on her appearances and how successful she is. Now women are proud to support each other and seek inspiration from them. They are happy about each other’s successes, jobs, relationships and things which they like to do together. They are constantly standing by each other.” said Amrita when asked about if women are more judgmental towards other women than men.

Tune into What Women Want with Kareena Kapoor Khan which shares heartfelt stories of these brave women who are paving a path for themselves in the most beautiful manner exclusively on Ishq 104.8 FM, Mon – Fri at 8 pm and repeats at 10 am and 12 pm.