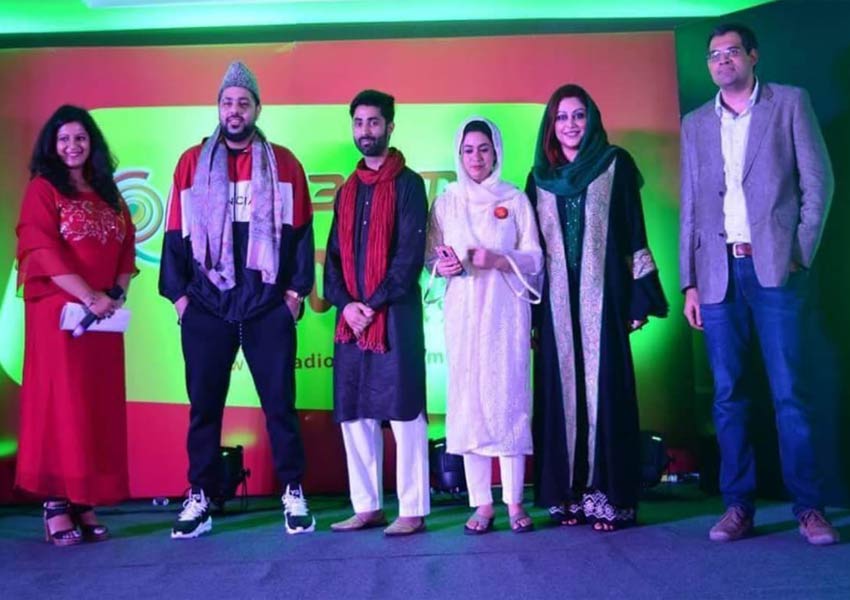 Mirchi 98.3, officially launched in the city today with none other than iconic Bollywood rapper, Badshah, unveiling the station!
The RJs who will host the shows on Mirchi 98.3 were introduced to the audience during the launch. Mirchi Mehak, whose show is on air daily from 8 AM to 12 noon, is little Miss Sunshine and although she believes in the goodness of people, she does not hesitate in calling a spade a spade. MirchiRafia, who hosts the late afternoon show from 3 PM to 7 PM, is the crazy, bold and confident girl everyone wants to know. MirchiVijdan, who is on air from 7 PM to 10 PM, isKashmir’s own boy whose USP is to be able to crack a joke with a completely straight face. Everyone’s favourite RJ, MirchiSayema, entertains listeners during the 12 PM to 3 PM timeband. All Mirchi RJs very active on all social media platforms including Facebook, Instagram and Twitter where they can be easily reached.
The music that will play on the station is a combination of contemporary Bollywood hits and popular Punjabi numbers with a specially curated list of independent pop numbers mixed in. The content which has been created around a Kashmiri phrase – AssivtiLassiv(loosely translated to “smile and prosper”) –is expected toresonate with the locals. Mirchi promises to keep listeners hooked by taking up discussions on topics that are relevant to the youth of today and also entertaining them with celeb chats, comedy and infotainment.
Nitin Singh, Regional Director – North & East, Radio Mirchi, commented that, “We are so happy that we are here in Srinagar. We hope that the people of the Valley like the content that we have created especially for them. Our aim is to spread khushi amongst our listeners by bringing them the very best in entertainment.”
On this occasion, Badshah, said “I wish Mirchi the very best in Srinagar. They have big plans for the city and I am sure the listeners will love the content they put out.”
During the event, Badshah, who has sung several hit numbers for Bollywood movies, launched his latest hit single – Heartless – from his debut album. Heartless is a latest addition in the list of popular songs sung by the singer but this one strikes a different chord.