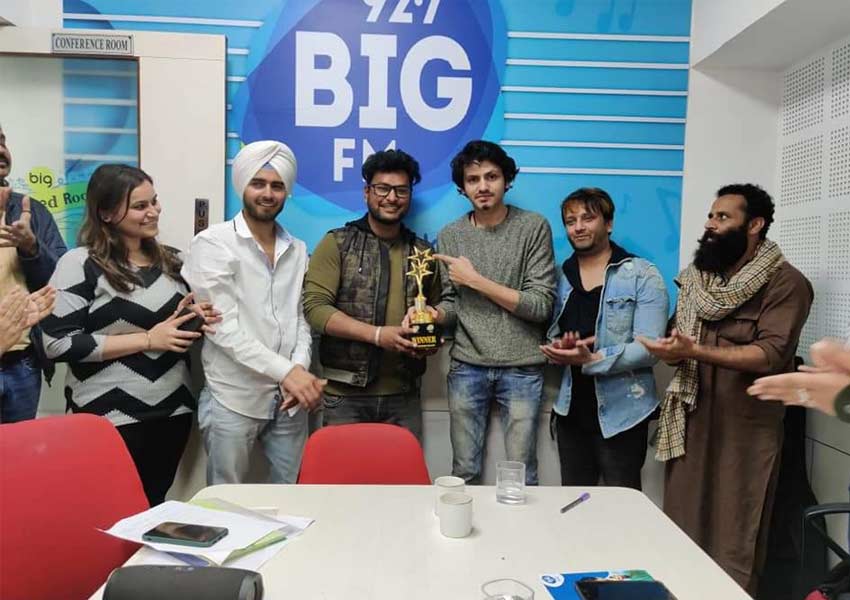 BIG FM concluded the city leg of its most-coveted on-air singing talent hunt Big Golden Voice 7. Into its seventh season, the marquee property is drawing to a conclusion as the radio station, in its bid to find the next singing sensation, hosted the city finales that took place across BIG FM Stations in 58 cities. Each of these city winners, as they compete for the grand prize, will be under the mentorship of renowned music director and singer Himesh Reshammiya who is the celebrity judge for this season.

The competition garnered participation from all across the country, urging people to come forward and showcase their talent. The radio network received more than 10,000 entries from across the country, making the property the biggest audio entertainment show. It was a real test of singing prowess as each of the participants displayed impeccable zeal and gusto in their performances as they went head-to-head for the title.

The participants were selected through multiple rounds, with the local station level auditions taking place first to select city-wise winners. The format of the property sees 58 city finalists being chosen from each of the 58 cities that BIG FM currently operates in. These 58 winners were chosen by local celebrity judges in each of the cities that included singers Akasa Singh and Divya Kumar in Delhi and Mumbai respectively along with music composer Gurmoh in Chandigarh among others.

The winners across cities will now compete for the coveted title with the most deserving participant to be crowned as the ultimate winner. Taking the process further, renowned singer and music composer Himesh Reshammaiya will judge these 58 city winners and select the top 7 ‘Saat Suron ke Sartaaj’. What’s more, the talented music composer will not only judge the contestants but also mentor them through their journey. Adding to the grandeur of the top prize, the winner at the end of the competition will get the once-in-a-lifetime opportunity to sing alongside Himesh Reshammiya in a music video.

While the original format of the show was to select ‘TOP 10’ finalists, this year listeners will witness a major change in the format to only the ‘Top 7’ finalists, commemorating IDFC FIRST Bank’s highest savings bank interest up to 7%.

Commenting on the milestone, a spokesperson at BIG FM, said, “With the successful conclusion of the city finale, we are entering the final stages of the competition and are a step closer to seeing who claims the coveted title of ‘Saat Suron Ka Sartaaj’. Such is the skill on display that each of our local judges faced a tough task to finalize the city winner. And with fine margins being the difference between winning and losing, narrowing that list from 58 to 7, it is going to be a true test of their judgement. Garnering such high participation numbers shows the immense popularity of the property that offers the right platform to a host of incredible singing talent. We are thrilled to have received more than 10,000 entries and look forward to set new benchmarks in future editions.”

Talking about the competition and the city finale that recently took place, well-known singer Himesh Reshammiya said, “BIG Golden Voice is one of the best platforms when it comes to finding the right voices. I am extremely glad to be a part of a musical journey like this. I am really looking forward to hear the selected 58 voices who will battle for the most coveted title. And I hope they will raise the bar of the competition as well, as they move forward in the competition.”

Having garnered immense adulation and appreciation owing to its innovative format, the excitement is only going to increase as all eyes shall now be on the final round to see who out of the 58 city winners gets to be the Big Golden Voice 7 Grand Winner.