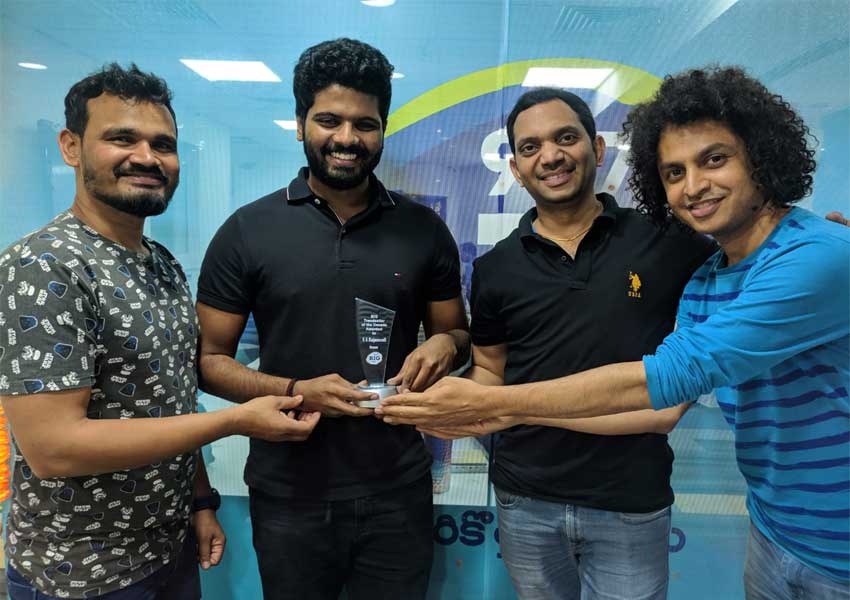 BIG FM Hyderabad felicitated noted personalities for their immense contribution in their respective fields and those who made a difference in the decade (2010- 2019) as a part of its unique initiative ‘BIG Game Changers of the Decade’. For the same, BIG FM Hyderabad station shortlisted 10 personalities based on on-air audience nomination. The campaign commenced in the last month of the decade and will culminate this weekend with the felicitation of SS Rajamouli as the BIG Game Changer of the decade for taking Telugu Films on International platforms.

BIG FM has been constantly working towards the betterment and growth of the society by taking reigns in their hands. This time the brand felicitates the personalities from Andhra Pradesh and Telangana who have contributed towards the growth and attained success in their respective fields.

A spokesperson from BIG FM Hyderabad commented on the initiative, “Every individual has a special role to play in contributing towards the growth of the country and society. We, as a responsible brand, have always believed in good deeds and have been motivating our listeners to follow the path. Through ‘BIG Game Changers of the Decade’ we are celebrating the various milestones created by the people who have become an inspiration and have worked towards making a name for the states and country.”

The radio network awarded SS Rajamouli for taking Telugu Films on International platforms by creating the record-breaker Bahubali, which was received by Sri Simha Koduri, his nephew. Tarun Bhaskar, Film Director, National Award Winner was felicitated for paving a way for new-age cinema in the Telugu film industry while Vivek Sagar, Music Director for breaking all the stereotypes of Telugu Film Music and bringing sync sound in Telugu films.

Another one in the awardee list was Vijay Gopal, Social Activist who single-handedly filed many PILs and fought against many illegal practices in Telangana. His Biggest Success was notably when he made the government waive off Parking Charges across all Multiplexes and Cinema halls in Telangana. Bithiri Sathi came up with a unique way of presenting news by adding humor to it through his show “Teenmaar Vaarthalu”, which became a cult hit in Telugu states getting millions of views on YouTube, was also felicitated. Hyderabad Angels, the Startup Angels were awarded for supporting hundreds of startup companies in Hyderabad. The next in the list was Garikapati Narasimha Rao, a spiritual Guru who preaches the true essence of Vedas, urges people not to believe in superstitions.

Last but not the least, the initiative felicitated PV Sindhu, the only woman in Badminton history of India to have won 5 World Championship Medals and an Olympic Silver, a true legend.