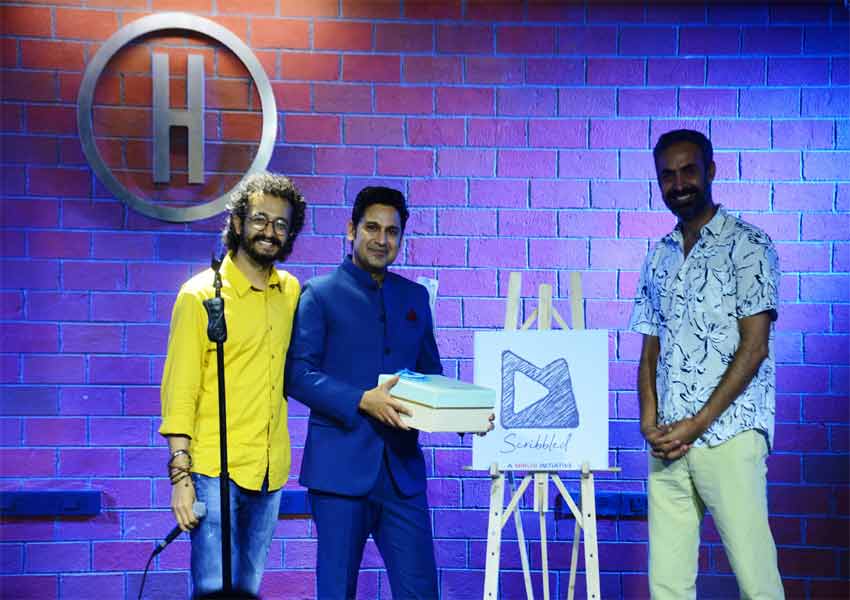 Radio Mirchi has launched Scribbled, an exclusive platform for Poetry, Spoken word and Storytelling. The platform was launched with an Open Mic event in Mumbai on 18th of August, 2019 at The Habitat, Khar. Poetry and Spoken word are gaining a lot of momentum in the country as artforms, especially amongst the millennials.

The event was inaugurated by one of Bollywood’s most celebrated lyricists and script writers, Manoj Muntashir. He recited some of his work and wished Mirchi well for its future poetic endeavours.  Inaugurating the event, Manoj Muntashir said – “I am very happy and honoured to inaugurate Mirchi Scribbled. Mirchi’s initiative to promote literature is much required in today’s times, especially for the youth. Scribbled is going to be a big platform as it will provide their pen, the much needed exposure. I welcome all the dreamers to the glory  – Sone ke kalam se likhi hain jo wo takdeerein tum rakh lo.. Mere khwab mere hain baaki sab jaageerein tum rakh lo”.

The event was hosted by Mirchi’s RJ Vashishth from Ahmedabad, one of India’s biggest YouTube influencers in the spoken word genre. The event also featured four well known artists from different walks of life. Krishna Iyer, Shikha Singh, Divy Sharma, and Jasmine Khurana, stole the show with their performances. There were hundreds of registrations for the event, but only a few got a chance to present their content in the limited time, with many of the performers being first-timers. All the performances will soon be available on their Youtube channel, Mirchi Scribbled.

Rahul Balyan, Chief Digital Officer at Radio Mirchi spoke about the initiatives – “Spoken word is close to our heart given our legacy of Radio. It is great to see this movement being shaped by the passionate community of content creators. Mirchi is rapidly evolving into a content-centric company, and with Mirchi Scribbled, we hope to offer the budding new talent a fresh platform as well, and to work closely with the community”.

Radio Mirchi will be extending the Scribbled platform beyond the online YT channel through many more curated shows and open mic events across the country.