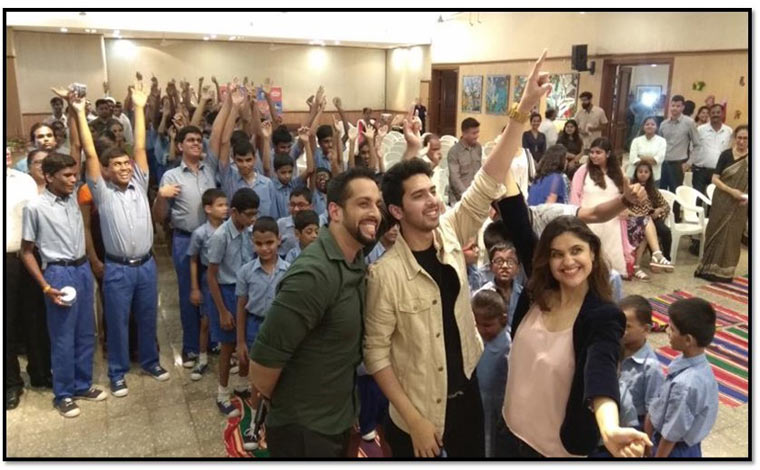 Radio City through its most popular on air property Gig City India’s first ever LIVE radio concert, touched hearts of the kids at the Happy Home and School for the Blind by hosting a one of its kind ‘Kaano Se Dekho aur Dil se Suno Concert’ to celebrate its 17th anniversary. Bollywood Singer Armaan Malik, performed LIVE for the kids giving them an experience like never before.
The idea of Kaano Se Dekho Concert aur Dilse Suno Concert, an extension to Radio City’s Gig City, India’s first ever LIVE radio concert was incepted with a finding that visually impaired people experience music more deeply than we do. The concert saw 200 visually impaired kids grooving to the tunes of their favorite singer Armaan Malik followed by a mesmerizing performance by the kids at the Happy Home and School for the Blind.The concert was performed with the audience being blindfolded, thereby making them experience music through the theatre of mind. The event was hosted by Radio City’s most popular RJ’s Salil and Archana, and their enthusiastic energy lifted everyone’s spirits.
After his exhilarating performance, talented Bollywood singer and hit-maker Armaan Malik said “Music is meant to be felt through all senses and it touches the soul of the listeners. The whole concept of GIGCity and ‘Kaano se Dekho, Dil se Suno concert’ is for the audience to hear and feel the beauty of music. It’s a great initiative by Radio City. I’m glad I am performing for these amazing kids and blessed to get to the opportunity touch their littler hearts through my songs.”
Mr. Abraham Thomas, CEO, Radio City said “Music is best enjoyed with your eyes closed, experiencing Armaan Malik performing LIVE with the kids of Happy Home and School for the Blind left us with goosebumps and made us witness the theatre of mind like never before.. “Kaano Se Dekho Dil Se Suno Concert” is our way of contributing and influencing the society by bringing in joy on the faces of the kids”
Speaking about the concert, Radio City RJ’s Salil and RJ Archana said, “We at Radio City have always been cognizant about the society and have carried out various successful initiatives for the betterment of the society. We experienced a blindfolded concert for the first time and it was amazing. The smile which we saw on the kids face after the concert was priceless and in that moment and reiterated the power that radio and music has on people’s lives”
Gig City Season 3 is currently in the thick of the action with concerts airing every Friday 7pm to 9pm and repeats Saturday 9pm to 11pm across 25 Hindi Speaking markets. . Armaan Malik would be performing at Radio City’s Gig City this week on Friday 6th July – 7pm -9pm and Saturday 7th July 9pm -11pm. 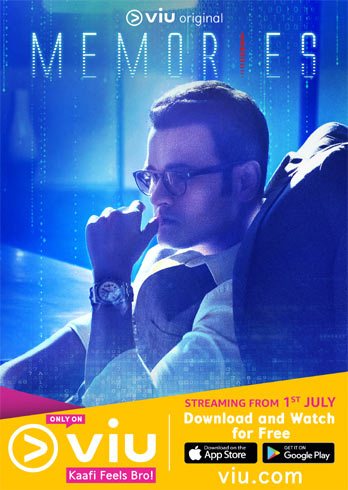