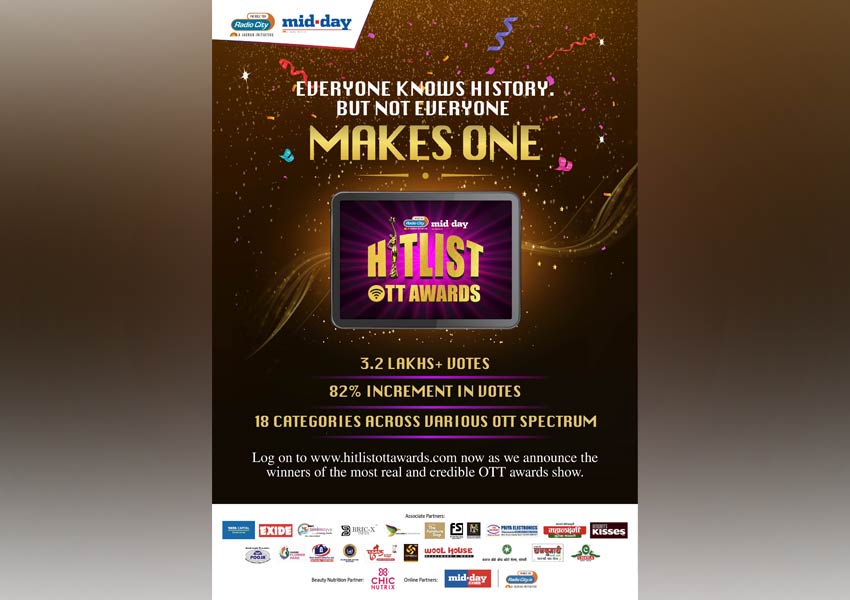 On 26th February 2021, Radio City & Mid-Day culminated the Hitlist OTT Awards season 2. Some of the most proficient entertainers from the OTT universe were felicitated virtually on the grand finale night.  India’s favourite OTT content competed with one another to claim the winners’ crown in the month-long activity that was launched in mid-January this year. The first-ever OTT awards by a media conglomerate received an overwhelming response of over 3.20 lakh votes. Jury and public voting selected the winners.

OTT platforms have been rising as one of the fastest-growing industry and especially during the pandemic-induced lockdown, it has been a source of entertainment to the Indian masses. Radio City and Mid-Day launched the second season of the Hitlist OTT Awards to celebrate this platform and to honour content creators and artists in this space after receiving an astounding response in Season 1. With the voting lines opened for the public to vote for their favourite movies, artists and web series across 14 categories, the activity commenced on 16th January.

Ms. Varsha Ojha, Head, Marketing and Digital, Mid-day & Radio City said, “After the success of the first season, we worked relentlessly towards making Hitlist OTT Awards bigger and better in its second season. Garnering 3.20 lakh votes, an 82 % increase from season 1 is a testament to our hard work and showcases the success of the property which has not only been appreciated by the industry but the public at large. We surely are on our way to making this property a legacy. As we culminate this season, I would like to thank each and every person for their contribution to making this platform a big success. Heartiest congratulations to all the winners! We can’t wait to be back with another rocking season 3.”

Mayank Shekhar, Entertainment Editor, Mid-day said, “I am thankful to the audience for giving us a fantastic response for the second season of Hitlist OTT Awards. Kudos to the Mid-day and the Radio City team for putting this together and making it a hit. Being a part of the jury was indeed a fulfilling experience. Congratulations to all the winners Happy Binging to all of you!”

Pratik Gandhi, lead actor of Scam 1992: The Harshad Mehta Story, said, “It has been a wonderful year for content and I am glad that I could contribute my share in this pie. I have been receiving so many responses across the nation for Scam 1992 that it makes me happy as a performer. Through my craft, I wish to stay connected to my audience. I would like to thank the Hitlist OTT Awards team for recognising Scam 1992 as one of the top entertaining series of 2020. The series has won five awards, and this wouldn’t have been possible without the love and support of our fans. We promise to keep our viewers entertained with powerful and entertaining content in the coming days. I would also like to thank Radio City and Mid-Day for celebrating our work and giving us the platform to connect with our viewers.” 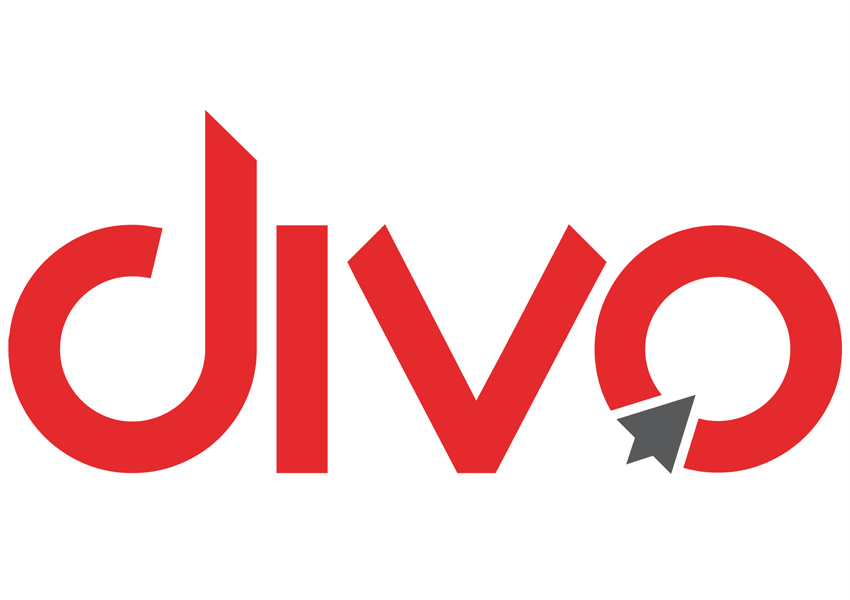