A host of new on-air activities have been lined up to kick off the second phase, on air, aligned with the idea of knowing your city the best through five senses. Radio City’s popular morning show Kasa Kai Mumbai will witness listeners being taken on blindfolded food trails as part of the ‘Chakh ke batao’ show to take the listeners on a food trail. Similarly, the mid-morning show Mumbai Masala, run ‘Main kahan khada hoon’ contest ,that will run a month long  contest  each  day asking listeners to guess the location the RJ is at based on the clues he shares. The evening show Taka Tak Mumbai, will feature Mumbai ko sunn’ and will engage listeners to guess the location by playing specific sounds from Mumbai city that are unique to that area.

Commenting on the launch of the second phase of the campaign, Mr. Kartik Kalla, EVP and National Head, Programming, Marketing and Audacity said, “The passion a person feels for his city and the pride associated with the spirit of the city is something that runs deep through the DNA of Radio City. Radio, in it’s very essence is local and Radio City’s brand campaign aims to strengthen our positioning of knowing city the best by redefining ‘local’ for India. After creating a storm digitally with our latest brand film -‘Taxi Driver’ we plan to take Rag Rag Mein Daude City 2.0 to the next level by adopting 360 degree marketing approach across 33 Radio City markets to invoke the feeling of city pride and strengthen their passion for the city”.

Akshay Kumar while promoting his upcoming film Padman congratulated Radio City for their new brand campaign and said “Mumbai city has always been close to my heart. The city has a distinct vibe in its identity, voice and feel. Radio City definitely boosts my ehsaas of being a true Mumbaikar.”

Radio City recently screened the brand film by Radio City – Taxi Driver – at the 30th Maharashtra State Police Games 2018, in the presence of Police Commissioner, Hemant Nagrale. Taxi drivers were felicitated for their immense contribution to the city’s lifeline.

Under the Rag Rag Mein Daude City 2.0, phase 2 campaign ,Radio City will launch an exclusive activity, ‘Mumbai Positive – Mumbai ki Choti Choti Khushiyaan!’ between 17th – 29th January. The past and present scenarios in Mumbai will be compared during the morning and evening shows. While the morning show will cover the old charm of the city, the evening show will cover the modern version of Mumbai. “Mumbai pehle bhi khush nahi tha, abhi bhi nahi, so why don’t we find #ChotiChotiKhushi in what we have?” Radio City will then create a happiness online poll basis the videos developed during these visits to the kona kona of the city and will judge people’s fondness for new v/s old places. 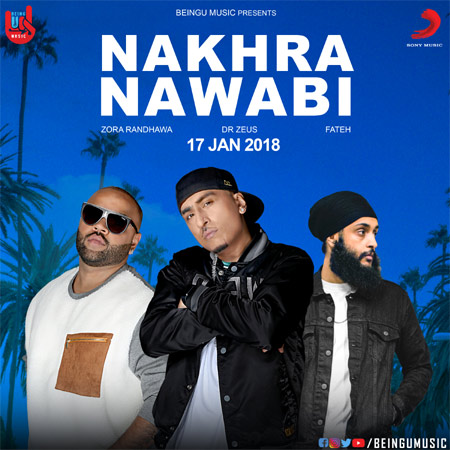