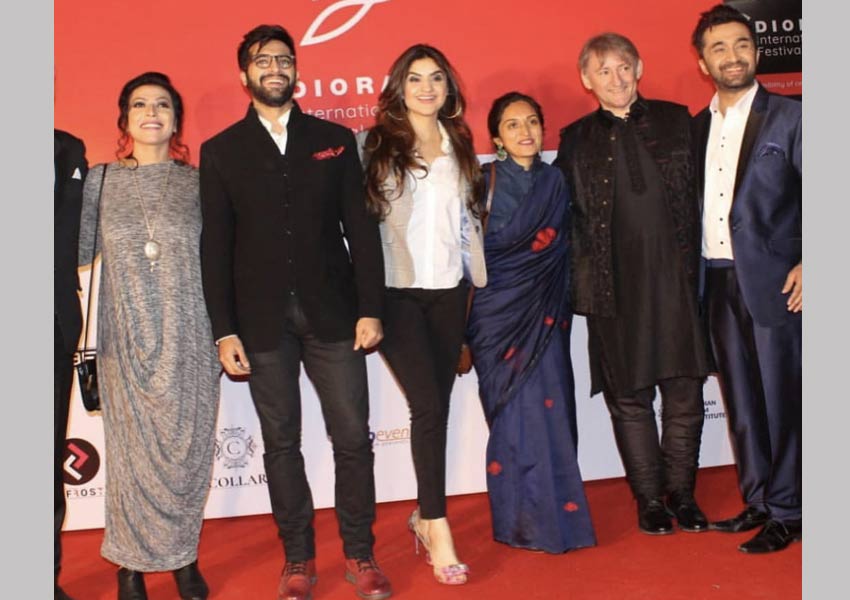 Radio City Mumbai’s popular breakfast show host, RJ Archana features as herself in the critically acclaimed black-comedy crime-drama Bollywood film, ‘Bombairiya’, directed by the ravishing Pia Sukanya. Certain crucial scenes of the film were shot in the Radio City Mumbai studio, giving it an authentic feel with a touch of reality. The character of RJ Archana and the depiction of radio are vital to the plot of the film and play an instrumental role in taking the storyline forward.

Radio City was the official radio partner of the multi starrer film Bombairiya that premiered on 14th January, 2019, at the Diorama International Film Festival held in Delhi, right before it hit the theatres on 18th January, 2019. The film has also been made available on Netflix since 15th March, 2019.

Sharing her excitement on the success of the film, Radio City’s RJ Archana said, “It was an amazing experience being a part of Bombairiya, a film that depicts the craziness of the city that never sleeps and this has been nothing short of a joy ride. What was striking for me was getting opportunity take my real life as a Radio City RJ, on the reel and depict the power of radio on the celluloid. Working alongside brilliant actors like Radhika Apte and a vibrant director like Pia Sukanya made this journey even more exhilarating.”

Commenting on the association with Radio City and RJ Archana, Pia Sukanya, Director, said, “As filmmakers, when you imagine a character in a scene and then not only get what you wanted but much more than you expected, it’s a rare and wonderful thing. This happened a few times in making Bombairiya; once when we created the character of a fading superstar that Ravi Kishan played and again with Archana playing RJ Archana! We found that it was more than possible to bring our version of ‘Archana’ to life, because as an actor, she takes direction so well and is natural on screen. She bubbles to life in a very believable way. Writer-Producer of Bombairiya Michael Ward likens her to India’s Goldie Hawn! Shooting at Radio City was ideal as I was looking for authenticity in every frame and we had to fit our crew into real but tiny spaces capturing RJ Archana in her actual environment. I’m sure there were challenges that day but all I remember is plenty of laughter and plenty of choices in the edit!”

‘Bombairiya’, starring Radhika Apte, Siddhant Kapoor, Ravi Kishan, Akshay Oberoi and Shilpa Shukla, is an homage to the city of dreams – Mumbai, aka Bombay. It accurately depicts the overwhelming and contrasting tendencies of the Mumbaikars in their daily lives.