RED FM is back with its new season of Thappa 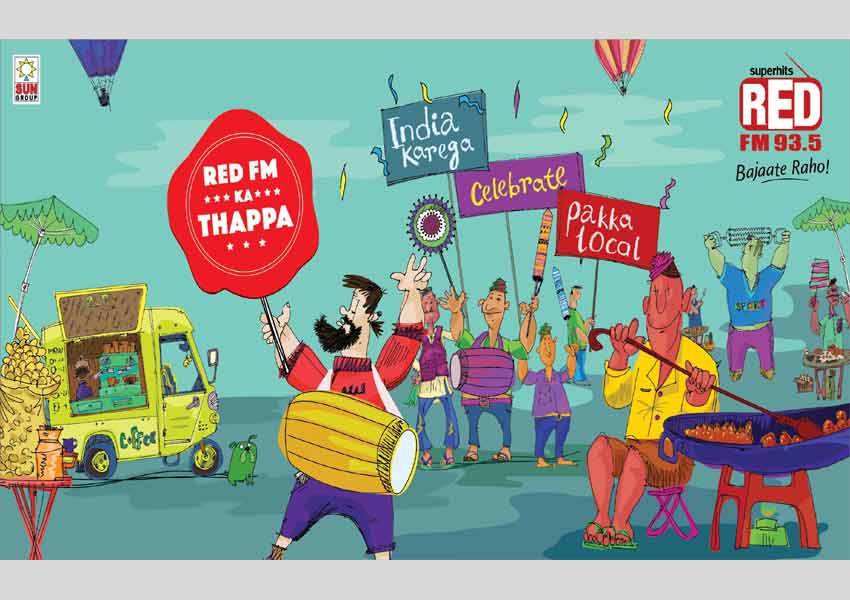 93.5 RED FM brings its flagship initiative named as, ‘RED FM ka Thappa’. This unique celebration brings cities across India together to vote for their iconic and favorite foods joints, places, services and establishments. RED FM is honoring the most voted and iconic places of the city with a ‘best of best’ stamp i.e. ‘Thappa’.

The activity began on June 1 of the current year. And its already running in 33 cities across 14 states. During the 4-week long campaign, categories with multiple participants from each category will be featured. Listeners from each city will be asked to cast a vote to their favorite participant, and RED FM RJs in respective cities will pick the most voted establishments and authenticate it with ‘Red FM ka Thappa’ in a true Bajaate Raho style. Since the initiative celebrates the best of best which is truly local in each of the cities, RED FM has nomenclated the same as the ‘Pakka Local Festival.’

Commenting on the initiative, Red FM COO Nisha Narayanan said, “RED FM recognizes the fact the people in the respective cities love what belongs to their city and is authentically local. Through ‘RED FM Ka Thappa’ we give them a chance to show their love for their favorite food joint, establishment or service by voting for them and making them a winner. Year on year growth of the IP has made us believe that city connects works and RED as a brand will support what is local.”