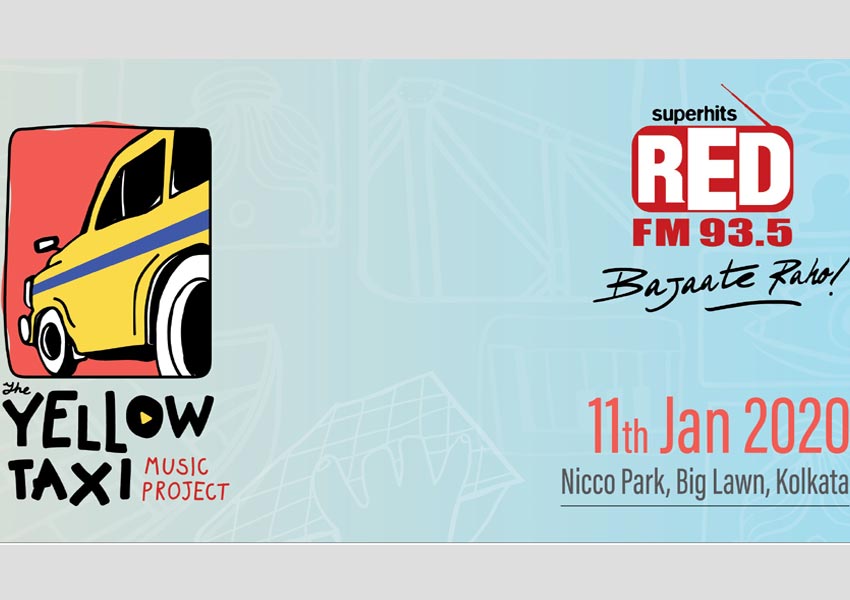 93.5 RED FM announced the second edition of ‘The Yellow Taxi Music Project’. The festival celebrates the indigenous music of India and brings together an experience beyond music to the cultural capital of the country, Kolkata. Scheduled for 11th January 2020 at Nicco Park, Big Lawn, Kolkata, it will represent the best of folk music and its fusion with contemporary melodies. The festival will showcase music as “Folk & Alternative” edit.

This year, The Yellow Taxi Music Project brings to you an artist line-up that will surely strike a chord – Jawed Ali, Lou Majaw, Mame Khan, Soulmate and Darshan Raval. Get ready to connect back to your roots with Mame Khan’s Rajasthani folk music. The evergreen rockstar of Shillong Lou Majaw also known as the Bob Dylan of India will do his upbeat folk rock numbers, while the leading North-East Indie band Soulmate will captivate the crowd with songs based on their life experiences. While the indie music sensation Darshan Raval will leave the crowd enthralled with his Gujarat numbers, Javed Ali soulful qawwali hits will create a melodious vibe.

Speaking about the musical festival, Ms Nisha Narayanan, COO and Director, RED FM and Magic FM, said, “We believe music has no boundaries and a beautiful genre like Indian folk music is still unknown to millennials. With an objective to build and support communities of music lovers, we wanted to curate a festival that celebrates folk and alternative music. ‘The Yellow Taxi Music Project’ is our humble effort to bring the rich indigenous talent of folk musicians to our contemporary audience. Last year, we were thrilled to see the splendid enthusiasm and love showered by people of Kolkata who share our passion for re-inventing folk music. We are confident that The Yellow Taxi Music Project will foster creative expression of folk and Sufi music in India even this year. While we plan to make this a traveling festival but the city of joy is where our heart lies.”

Come and experience an evening full of soulful music, beautiful ambience, flea market to shop and a grub zone with specially crafted delicacies, all at the second edition of ‘The Yellow Taxi Music Project’.

Tickets available on Book My Show.