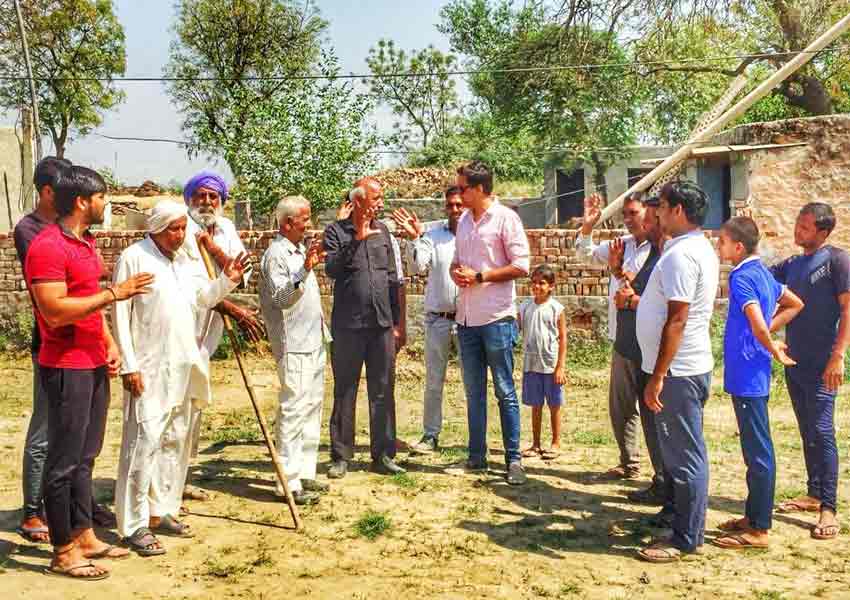 93.5 RED FM aims at creating awareness around voting this general election with its national campaign ‘Ab Watan Dabayega Button’. As a part of this campaign, Red FM reached out to the residents of an abandoned village Dalelpur which had boycotted the General Election, 2019 and convinced them to cast their vote.

Dalelpur village in Gautam Budh Nagar consists of 250 residents and is very poorly connected to other cities. The villagers rue years of ignorance by the system including lack of proper connectivity to their village and had announced a boycott of the Lok Sabha election.

To understand the root cause of the problem, RED FM’s Morning No.1 RJ Raunac, who is Election Commission’s ‘Youth Ambassador’ of Delhi, decided to help villagers be a part of the election. RED FM has also arranged transportation for the villagers on the day of the election.

The drive also highlighted other challenges being faced by the residents and civil society participants have come forward to help. Take the case of Aastha, a local resident of Dalelpur village as well as a national level award winner in power-lifting. She had lost all hopes as her village lacked basic necessities. After hearing her story on RED FM, supporters from all over the country joined hands to help her. Whereas Dronacharya Institute volunteered to offer a year-long free training to Aastha, Uday Foundation offered to bear one year of food and accommodation expenses for her.

Spreading awareness on voting, Nisha Narayanan, COO, RED FM, said, “At RED FM, we want every individual to take equal responsibility to be able to choose their leaders of tomorrow. We have partnered with the Election Commission of India to increase and encourage people to enroll themselves for the elections. RED FM has always stood up to bring positive change in the society through its campaigns. This initiative endeavors to extend a helping hand to the people of Dalelpur and encourage them to be a part of the General Elections.”

B. N. Singh, D.M. of Gautam Buddh Nagar said, “I thank RED FM and RJ Raunac for bringing up the issue and appreciate how RED FM played a vital role in the voter awareness campaign by encouraging Dalelpur villagers to begin voting. It was truly a remarkable job empowered with a positive and change-making thought for the nation.”

Tags:
Previous Article
Sehwag Bats for Kabaddi as dates for First Edition of Indo IPKL announced
Next Article
Crocs Makes a Statement with Third Year of ‘Come As You Are’ Campaign