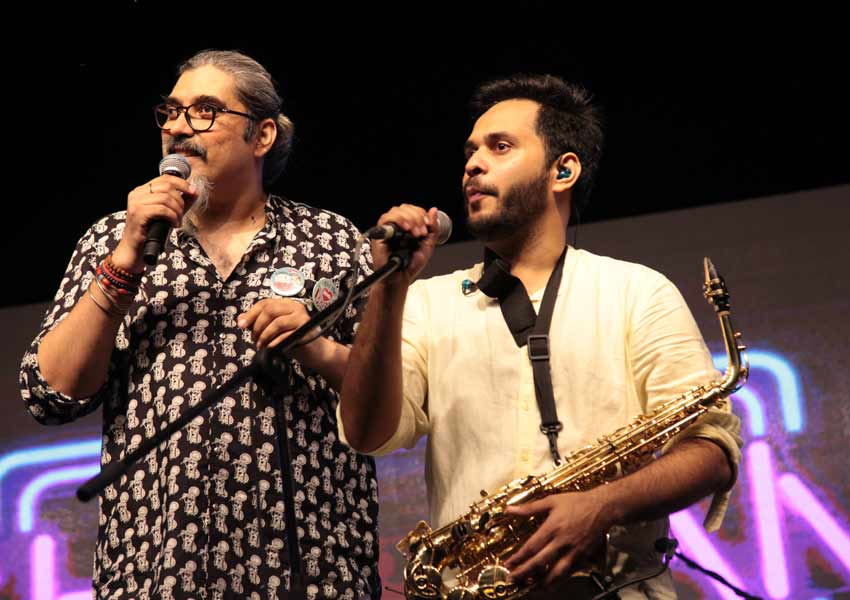 Giving a befitting tribute to music legends such as RD Burman, AR Rahman and others, the Delhi based band The Revisit Project set the stage on fire at the second edition of the on-ground concert, Ishq Jam with Sarthak Live. Taking the audience on a musical journey, the live concert by 104.8 Ishq FM, India’s first romantic radio station took place at The Walk, World Mark, Aerocity, New Delhi.

Sharing the thrill and joy of performing live at Ishq Jam with Sarthak Live, Abhay Sharma, Saxophonist of The Revisit Project said, “Sarthak and I go a long way back in time. It’s great to be part of his show as he’s someone who has continued to produce original content for almost two decades. Just sharing the same space with him tells me the progress that the band has made over the years and is an indicator that you are with the right people and in the right place in life.”

Sarthak Kaushik, the very-popular RJ from 104.8 Ishq and host of Ishq Jam with Sarthak, said, “It was such a fantastic performance delivered by The Revisit Project. It was a sight to see the audience being mesmerised and wanting more. Nothing could have been a better performance than this. We hope that we continue to match the audience expectations and IJWS keeps the evening high on music and entertainment.”

The next concert of Ishq Jam with Sarthak Live is set to take place in November, and will witness another electrifying performance. Follow @ishqsarthak for more updates.