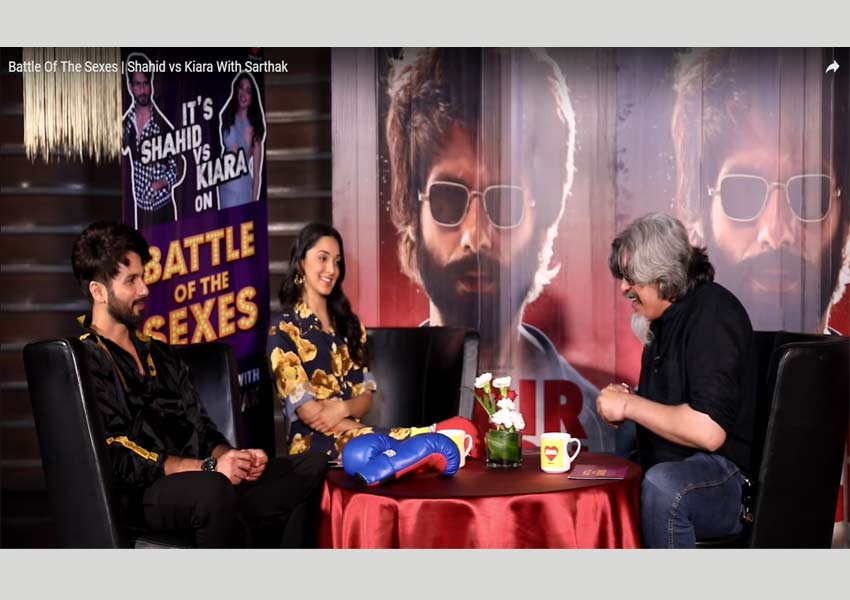 Known to enjoy a fan following, especially amongst the female population that ran into millions Rajesh Khanna sure ranks at the top when it comes to the most-romantic heroes in the Indian film industry. Having the entire world swooning over his charming looks, the evergreen actor has found a fan in none other than Shahid Kapoor.

A recent episode of the “Battle of the Sexes”, the iconic show of 104.8 Ishq, India’s first romantic radio station, recently had Shahid Kapoor and Kiara Advani in attendance, where the was asked about his favourite romantic hero. This series of questions is has seen the show make a name for itself as two celebs from the opposite gender sit on the hot seat with the star RJ for the morning shows – RJ Sarthak, asking them questions. The Kabir Singh duo enjoyed their time playing the battle with rapid fire questions being thrown by the RJ, answering promptly with waves of laughter and humour.

Shahid and Kiara had some light moment sharing their insights about the movie and romance. Also, over the show, when Shahid was asked about his favourite romantic persona, he told Sarthak, how much is he fond of Rajesh Khanna, as he believed he is a phenomenal actor.

Adding onto the conversation, RJ Sarthak asked him, “Do you try being a little filmy at times?” to which Shahid replied, “No, but I enjoy his (Rajesh Khanna) movies and I enjoy the work that he does. He is phenomenal as a romantic personality.”

Ayushmann and Nushrat on Battle of the Sexes with Sarthak on 104.8 Ishq
MediaInfoline Sep 18

Shilpa Shares Her Fitness Mantra With Kareena On 104.8 Ishq

Ayushmann and Nushrat on Battle of the Sexes with Sarthak on 104.8 Ishq