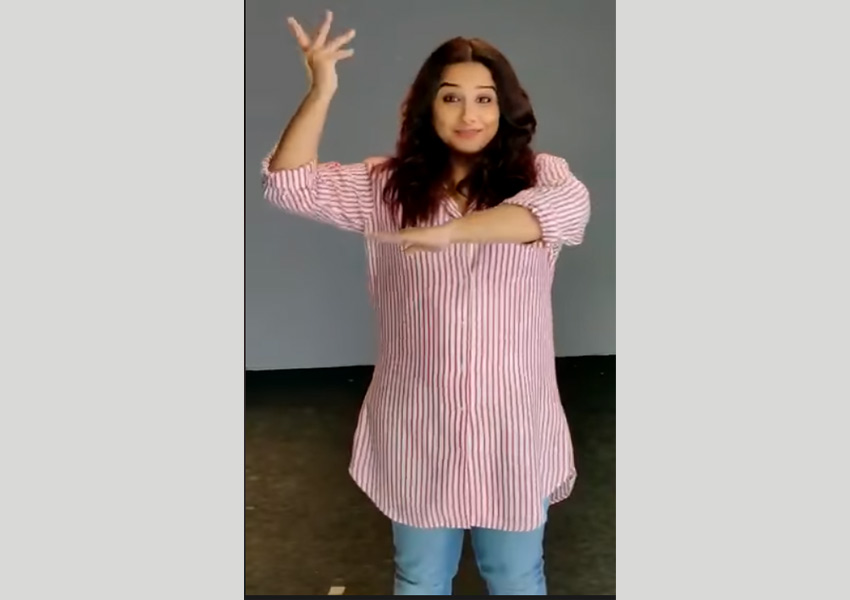 Enjoying her most recent stint as an RJ, Vidya Balan’s coverage and discussion of pertinent issues on the talk show Dhun Badalke Toh Dekho has seen the versatile actress, as well as the show, become the talk of the town. The cold war between mother-in-law and daughter-in-law, that has been going on since time immemorial, gets a whole new take as Vidya shares a very important message in a recent video uploaded by 92.7 BIG FM across its social media channels.

The actress, who recently spoke on her show about the equation of this relationship, now appeals to women in her new video in order to make it a happy and safe space for one other. The actress, in her own quirky style, shares some tips, tricks and the key to a happy relationship. Today, in many cases where the rapport between a mother-in-law and her daughter-in-law has turned the house into a battleground, Vidya advises all to keep calm and stand with each other. “Rather than blaming each other and throwing tantrums, one must live with harmony and help each other maintain peace in the house,” says Vidya Balan.

Watch the Video : here and join Vidya Balan to bring about this change.