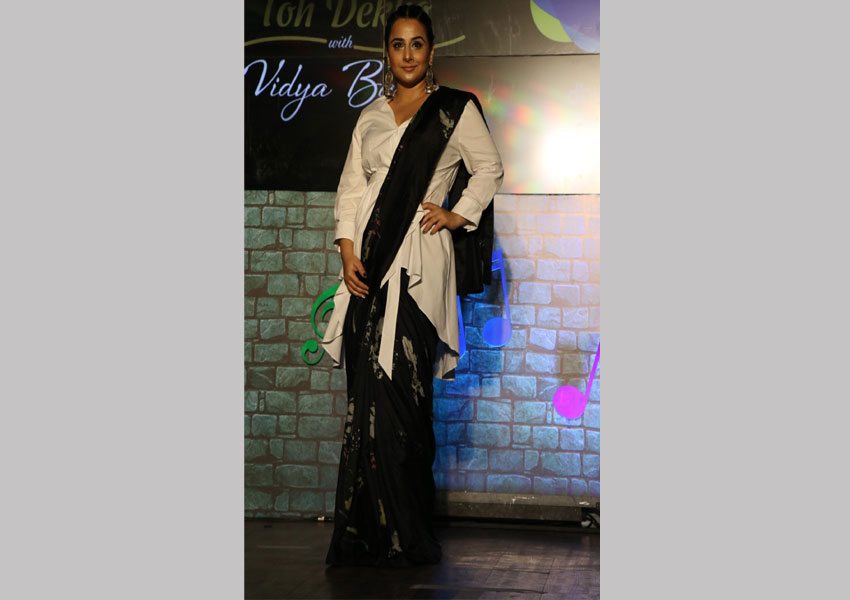 Vidya Balan has been the girl next door, the sexy siren and even a radio jockey on-screen and has managed to steal the show every time with her natural charm, sheer talent and versatility. The actress who has now donned the role of an RJ in real with 92.7 BIG FM’s Dhun Badal Ke Toh Dekho has been giving honest advice that the nation’s janta can follow, to bring about a positive change in the society. On a Friday special episode, Mumbai Ka Sabse Bade Struggler RJ Abhilash, interviews the new radio jockey in tinsel town, where she will be revisiting her films that have made the audience aware and encouraged them to bring positive changes in the society. She will share some interesting anecdotes from her personal life, experiences from the films she has done, and so much more.

The talented RJ speaking about her blockbuster movie Lage Raho Munnabhai, shared how Gandhigiri is required in today’s times. She said, “Gandhigiri is most required on social media these days. If anybody abuses you, close your ears and do not abuse back. If you find something good about someone, appreciate it for sure or else keep silent.”

Further while talking about the time when she was still finding her foothold in the industry, she narrated a rather interesting story from her life. “I was being tested repeatedly for the film Parineeta. There came a point when I couldn’t take it more and decide that it doesn’t matter as I shouldn’t be relying on one thing alone and right then, I was finalized for the movie. Then there was a time when I was feeling a little upset about my love life. I wasn’t keen on meeting anyone especially after I had come across some not so good guys. I had started thinking that being in love with someone and getting romantic with someone is not in my destiny at all. And as fate had planned it, I can say right then Siddharth fell into my lap. I have learned over the years that it is best to stop expecting and start believing and I would say that’s the best thing to do.”