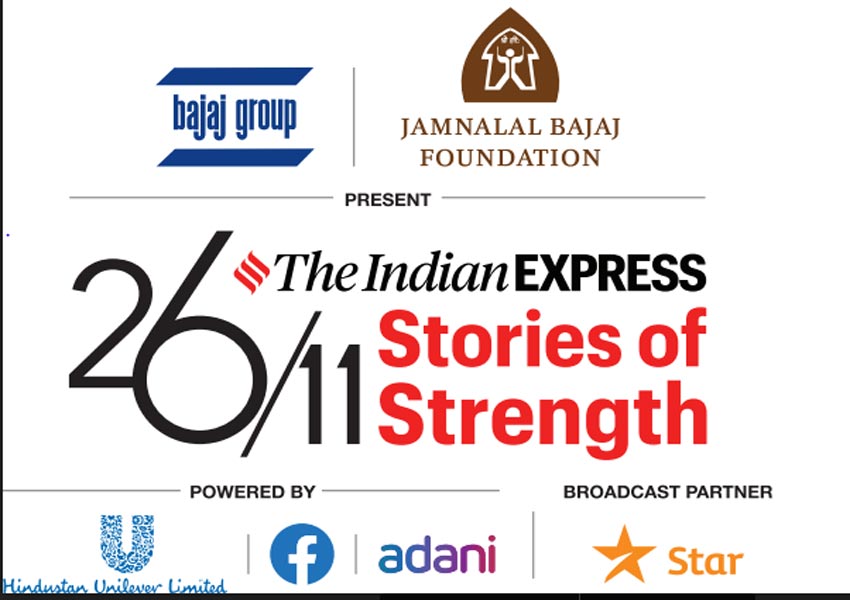 ON THE 11th anniversary of the 26/11 Mumbai terror attacks and in the 150th year of the Mahatma, The Indian Express will host its annual memorial — one of the year’s most widely covered media events — presented by Bajaj Group, powered by Hindustan Unilever, Facebook and Adani Group with Star as a broadcast partner. ‘The Indian Express 26/11 Stories of Strength’ will be telecast LIVE 5.30 pm onwards from the Gateway of India, Mumbai on TUESDAY, November 26, 2019.

In its fourth edition, the memorial event brings to the fore inspiring stories of courage, forgiveness, and strength of over 100 survivors who have been interviewed by The Indian Express over the past decade — personal accounts that find an uncanny and practical application of Mahatma Gandhi’s message. Their voices speak of the power of unity and show the will to take control of their lives.
The 26/11 Stories of Strength initiative also has the support of Shri Amitabh Bachchan who has been a generous ambassador of the cause, over the years.

Anant Goenka, Executive Director, Indian Express Group, said: “The voices of these survivors force us to remind ourselves that even in these polarised times, the majority of India is fiercely moderate.”

The event will be live-streamed across all digital platforms of Indian Express Group – one of India’s largest and most credible newspaper groups and amongst the world’s largest digital news media groups reaching well over 148 million unique users a month, in six languages across the world, as well as ABP News, Republic TV and big92.7fm. The memorial event will also be broadcast exclusively on Star Plus and Hotstar on Saturday, November 30, 2019 at 9.30 pm.