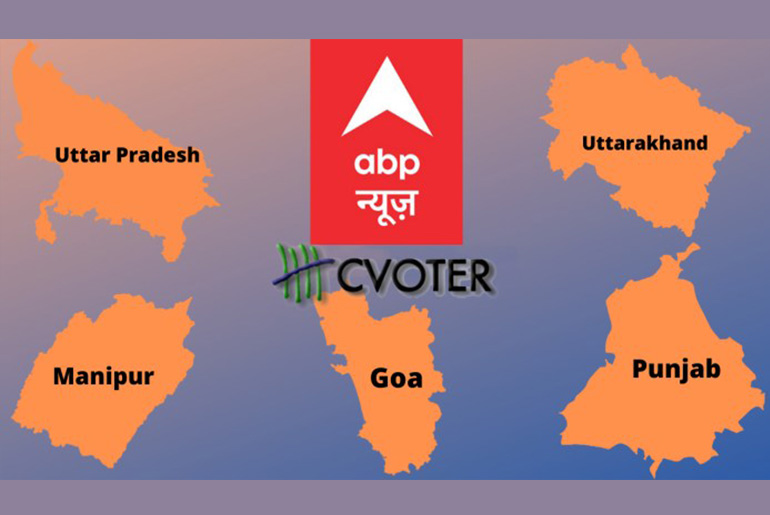 The ABP News-CVoter (Centre for Voting Opinion & Trends in Election Research) fifth opinion poll predicts BJP’s victory in UP and Goa. While Manipur and Uttarakhand are showing signs of a nail-biting contest for power. In Punjab, AAP is likely to form the government as it is inching close to the majority mark, as per the recent survey. The EC had announced the election dates in the five states with UP going to poll in seven phases from 10th February to 7th March, while Punjab, Uttarakhand, and Goa will vote on 14th February and Manipur on 27th February and 3rd March. The election results will be declared on 10th March.

As per ABP News-CVoter fifth opinion poll in UP, Yogi Adityanath is likely to become the first UP CM to beat anti-incumbency and retain the state for BJP.  Akhilesh Yadav’s SP remains the strongest challenger to BJP ahead of the seven phased polls. As per the latest figures, BJP is likely to win UP with 223-235 seats, followed by SP with 145-157 seats and BSP is a distant third with 8-16 seats. BJP is predicted to get a 41.5 % vote share, followed by SP with 33.3% and BSP with 12.9%.

As per ABP News-CVoter fifth opinion poll in Punjab, AAP has strengthened its position at the top and is predicted to win 52-58 seats, putting it just shy of the majority mark of 59 seats. Congress is likely to win 37-43 seats. SAD is in third place with 17-23 seats. In terms of vote share, AAP is leading with 39.7% votes, followed by INC with 35.9% and SAD with 17.7%.

As per ABP News-CVoter fifth opinion poll in Uttarakhand, there is a direct contest between BJP and INC with BJP marginally ahead with 31-37 seats and INC with 30-36 seats, AAP is a distant third with 2-4 seats. In terms of vote share, BJP is slightly ahead of INC with 38.6%, INC has 37.2% vote share, and AAP has a 12.6% vote share.

As per ABP News-CVoter fifth opinion poll in Goa, BJP is likely to form the government as it is predicted to win 19-23 seats. AAP and INC are a distant second and third respectively, with AAP likely to win 5-9 seats and INC 4-8 seats. The opinion polls suggest that the regional parties are likely to play key role in the formation of the government, in case no party wins the majority on its own, with MGP predicted to win 2-6 seats and others to win 0-4 seats. In terms of vote share, BJP is leading with 32% vote share, followed by AAP with 22.5% and INC with 19.8%.

As per ABP News-CVoter fifth opinion poll in Manipur, the poll equations are suggesting a possible hung assembly with a neck-to-neck contest between BJP and INC. BJP is slightly ahead of INC with 23-27 seats while INC is getting 22-26 seats. Regional parties like NPF and others are emerging as kingmakers with NPF likely to win 2-6 seats and others 5-9 seats. In terms of vote share, BJP is ahead of all others with 35.5% votes while INC is second with 32.6%.

The current projections are based on CVoter daily tracking poll conducted from 12th December 2021 to 8th January 2022, among 18+ adults, including likely voters. As for the methodology and survey details, the survey reached out to a total of approximately 89,536+ across 5 states (UP, Punjab, Uttarakhand, Manipur, and Goa) and was conducted through CATI (Telephonic survey). The same is also expected to have a margin of error of ±3 to ±5% and may not necessarily have factored in all criteria. 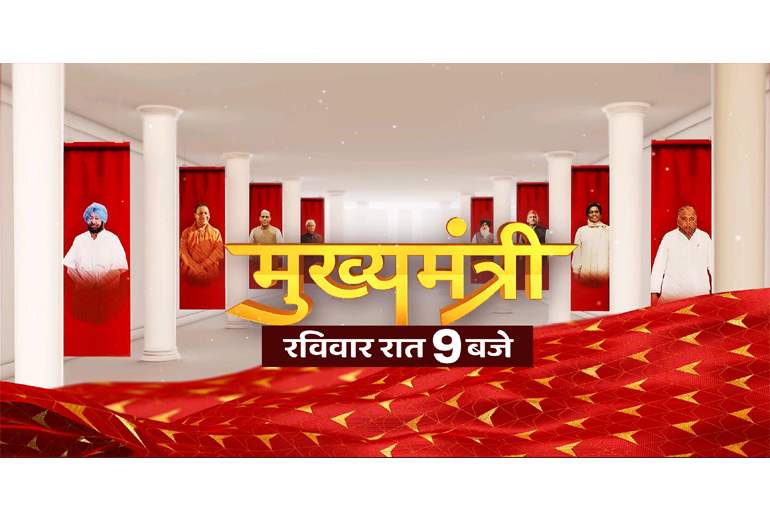 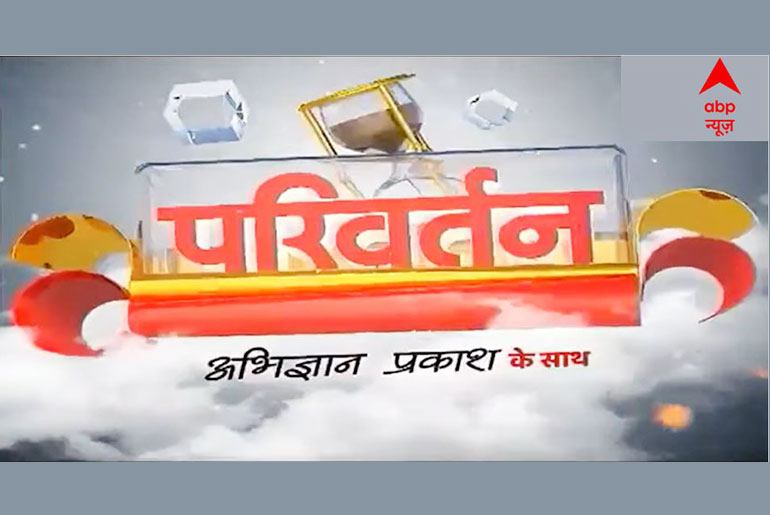 Ahead of upcoming Assembly Elections, Season 3 of ABP News’ ‘Parivartan’ is back with Abhigyan Prakash as host 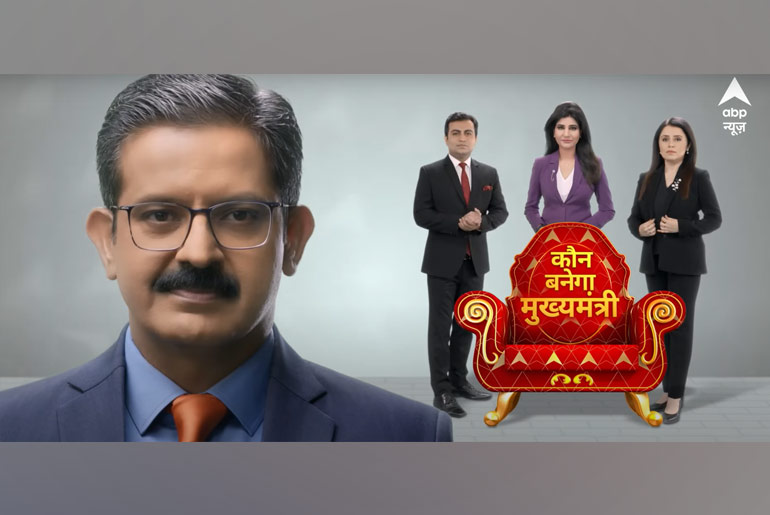 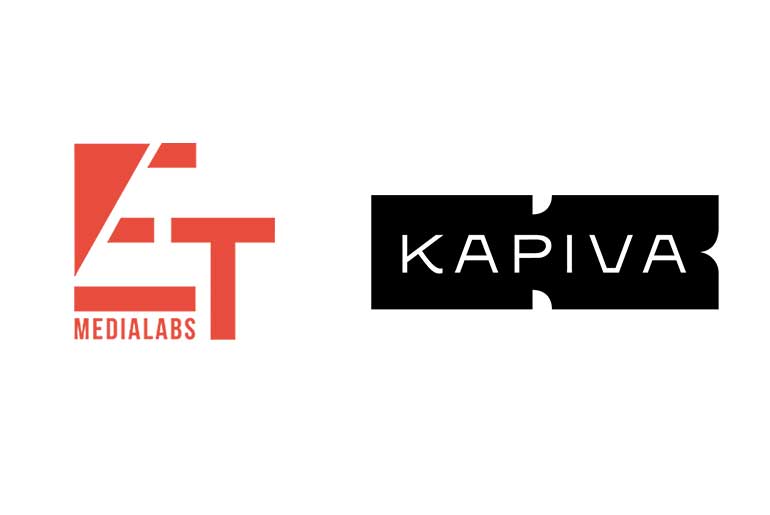 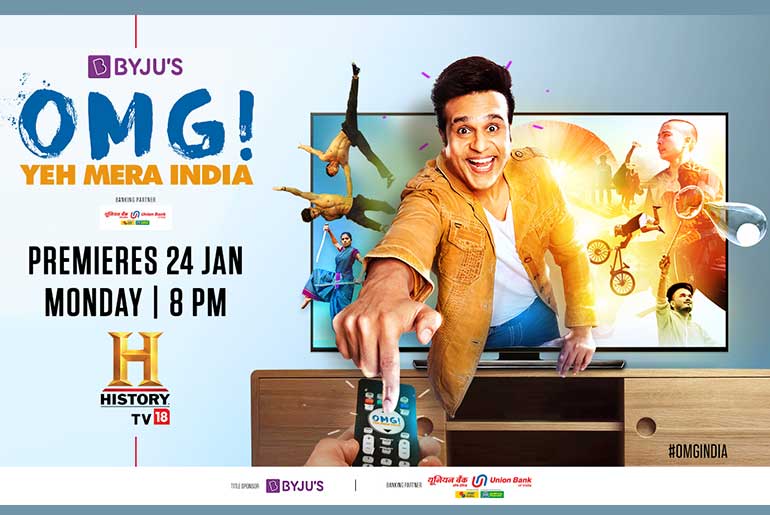