#ALTBalajiOriginal The Test Case has been the most talked about show since its release and owing to the buzz around the show a unique campaign has gone viral on internet. #WomenInGreen – a campaign initiated by ALTBalaji, salutes and honors those brave women who dare to wear the green army uniform and are ready to face every challenge and serve the country against all odds. The campaign was kickstarted by TV czarina Ekta Kapoor who recently posted a video of herself on her social media handle talking about #WomenInGreen movement.

The movement focuses on how women are playing all kinds of roles in real life today that were traditionally not available to them earlier. It encourages the idea that combat forces in Indian Army should open its doors for Indian women and raises a significant question like – don’t women also have a right to give their life for this country?

Speaking about the campaign and its impact Manav Sethi, CMO, ALTBalaji said “Women in combat roles is an idea whose time has come for India and Indian army. Our show #TheTestCase is an attempt in that direction. We have tried to identify issues and ask some relevant questions through this story as these questions have never been asked before. #WomeInGreen is a campaign to acknowledge and recognize women’s contributions to Indian army. To our surprise what started with one such Instagram and Twitter post by Ekta and Nimrat, started to spread virally and is still growing. Wonder why many men haven’t participated in it yet!”

In tandem with the theme of #WomenInGreen, the platform’s upcoming military drama is about India’s first woman combat army officer. The show attempts to highlight relevant issues around women in combat roles in Indian army as Captain Shikha Sharma played by Nimrat Kaur who is also the first TEST CASE. The story revolves around her struggles and battles with traditionally male dominated but highly revered combat arm of Indian army and is all set to stream on the ALTBalaji app and the website this Republic Day – 26th January 2018.

By disseminating the message of this campaign, ALTBalaji wants to reinforce that women can achieve any goal they put their mind to and no obstacle is insurmountable. TV celebrities like Krystle D’Souza, Madhurima Tuli, Nimrat Kaur, Surveen Chawla, Mouni Roy, Zuber Khan any many others thronged the internet with videos of themselves in green supporting the initiative. So, join them this Republic Day, and make way for #WomenInGreen!

Tags:
Previous Article
Exceed Entertainment’s exclusive artist Malaika Arora to venture into fitness business
Next Article
How Star Bharat made Nimki’s wedding the most exciting one this season 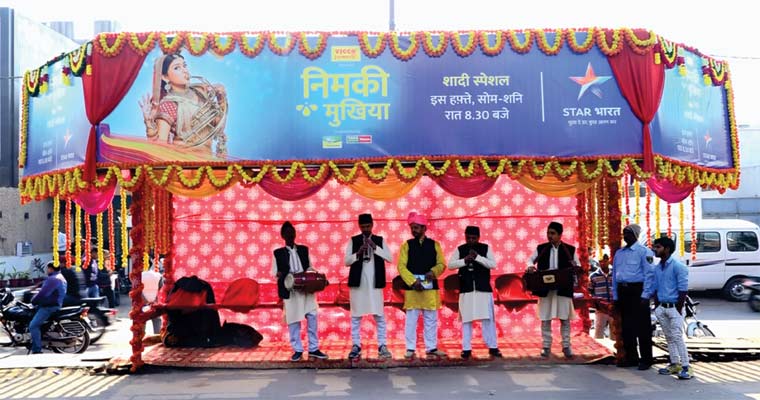