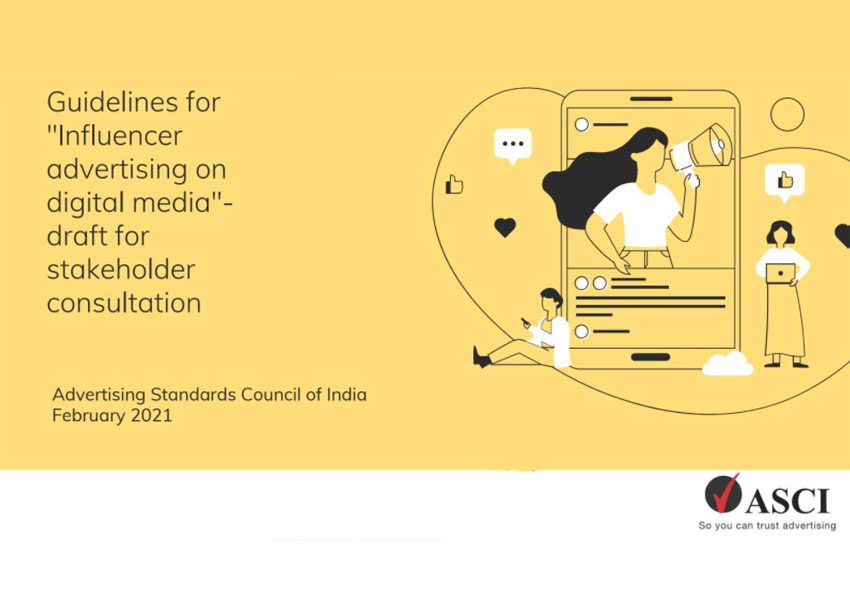 The Advertising Standards Council of India (ASCI) has released guidelines for influencer advertising on digital media. This has been done in order to allow customers to easily understand the promotional content on digital platforms.

The influencer advertising guidelines will be available for feedback for all the stakeholders such as digital influencers, consumers, and industry till March  8, 2021. The final guidelines will be issued by ASCI on March 31, 2021, and will be applicable on or after 15th April 2021, to all promotional posts.

According to ASCI’s Trust in Advertising Report, the ad viewership on digital platforms is the same virtually in rural and metro areas with 82% and 83% respectively. The guidelines were in association with BigBang.Social to get India’s leading digital influencers’ views on board.

Dhruv Chitgopekar, Founding Partner, KWAN, and CEO, BigBang.Social, said: “We realized the need for a responsible advertising ecosystem in place for influencers; promoting ethical practices, fair & transparent expression.   These guidelines will benefit consumers and digital influencers. We firmly believe it is essential for digital advertising platforms too. We are delighted to partner with a self-regulatory body that wants to be inclusive of all stakeholders.”

1) Advertisements must be obviously distinguishable by the average consumer from editorial and independent user-generated content, to prevent the audience from being confused between the two. Therefore, a disclosure label must be added to the list of approved labels. Only permitted disclosure labels will be considered as adequate as consumers may not be familiar with various creative ways in which advertisers and influencers may wish to convey that the said communication is an advertisement. Examples of such advertisements could be paid music promotion in a video, promoting a store or a brand through a post on the influencers media handle

2) The disclosure label used to highlight advertising content needs to be upfront (within the first two lines of any given platform, such that a consumer need not click on see more or have to scroll under the fold), prominent (so people don’t miss it), appropriate for the channel (what can you see and when) and suitable for all potential devices (it needs to be visible regardless of the device used, or platform such as website or app, etc.).

5) If the advertisement is only a picture post such as Instagram stories or Snapchat, the label needs to be superimposed over the picture and it should be ensured that the average consumer is able to see it clearly.

7) In the case of audio media, the disclosure label must be clearly announced at the beginning and at the end of the audio.

8) Filters should not be applied to social media advertisements if they exaggerate the effect of the claim that the brand is making- eg. makes hair shinier, teeth whiter, etc.

9) The influencer must do their due diligence about any technical or performance claims made by them such as 2X better, the effect lasts for 1 month, fastest speed, best in class, etc. Evidence of due diligence would include correspondence with the advertiser or brand owner confirming that the specific claim made in the advertisement is capable of scientific substantiation.

10) It is recommended that the contractual agreement between advertiser and influencer carries clauses pertaining to disclosure, use of filters as well as due diligence 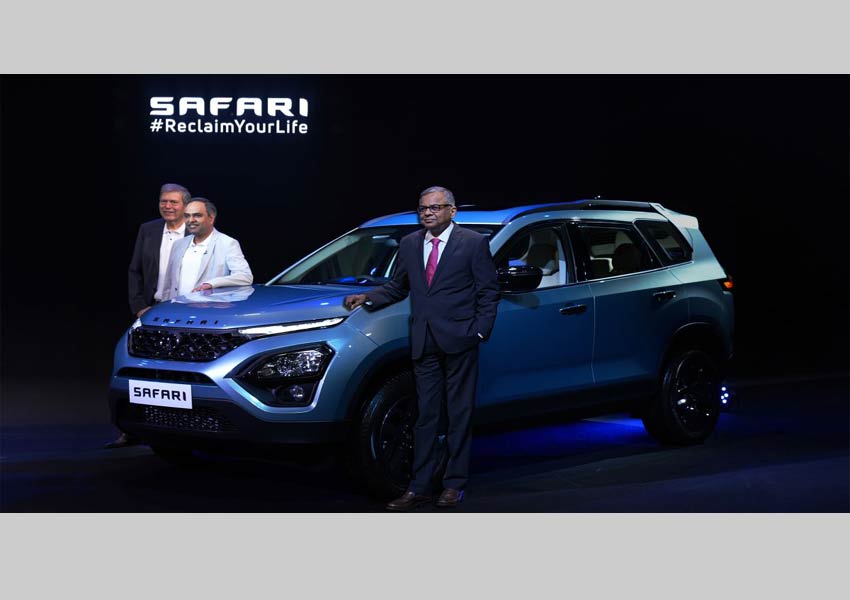