With 2016 right round the corner, IBN7 lines-up a special Year End Programming for its viewers that’s sure to end 2015 with a bang! Commencing from 20th December 2015, the series titled ‘Saal Kamaal 2015’ features an array of shows that will take the viewers on a roller-coaster journey through all the news and views that made 2015 what it was.

The series – an eleven day viewing bonanza – will range from jaw-dropping controversies, serious takes on climate change, shocking crime stories and even the spectacular rise and fall of the inimitable Radhey Maa. Viewers will also get a glimpse of some of the gala wedding events of the year gone by. Horror devotees will be treated to a spine-tingling segment on the supernatural. And what year-ender would be complete without some charcha on politics as ‘special’ shows will focus on the performances and plans of nine key ministers from the Modi government. For viewers who also want a window into 2016, a tarot, numerology and astrology show will air on the final 3 days of the telecast. 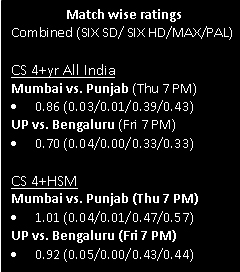