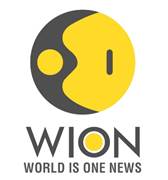 Imran Khan‘s ex-wife has spoken exclusively to WION on his recent remarriage. Reham Khan who was Imran Khan’s second wife, told WION from her home in London that ‘Imran Khan’s latest marriage is a political misadventure, those who seek power need to make good judgements’. Imran khan tied the knot for the third time recently. He married Bushra Bibi whom he calls his spiritual guide .Reham khan told WION she was never part of Imran’s political life but was accused of political ambitions ‘when i had none’.

On being asked what message she had for Imran khan and his new wife, Reham khan said, “The marriage is good news for Pakistan, as long as Mr & Mrs Khan are busy, there is little chance of their party coming to power. The hypocrisy of Imran Khan isn’t lost on anyone”.