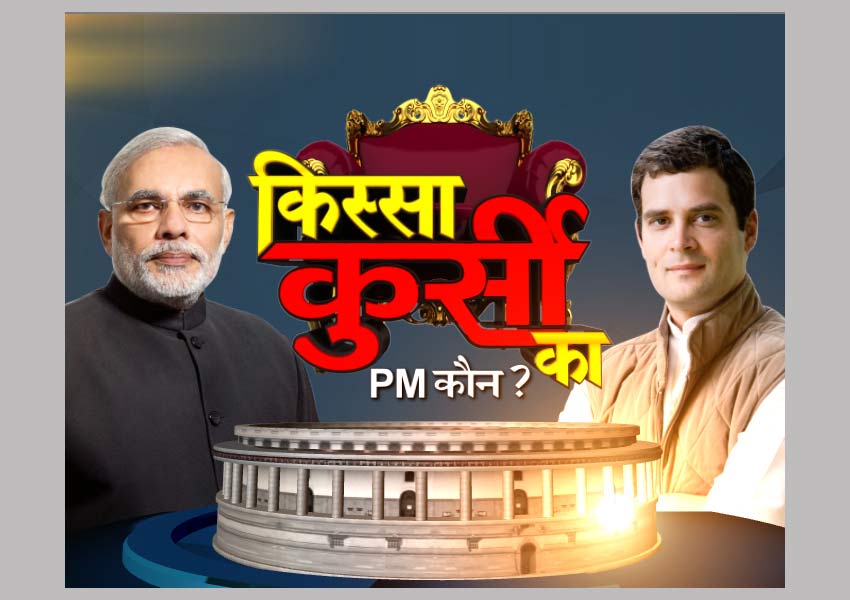 India News will bring to its viewers a series of election news shows under the umbrella branding of Kissa Kursi Ka PM Kaun?, a daily political debate show with an insightful conversation between the political leaders anchored by Mr. Deepak Chaurasia, Editor-in-chief, India News.

The news shows will capture each and every update on the general elections, with daily shows like, Loktantra Zindabad, a special political show which will narrate the latest happenings in the political landscape, while in Chunavi Reporter, the team of India News reporters will travel across various constituencies to cover the ground reality and get an insight of the public opinion to gauge the mood of the nation, the reporter will also discuss the issues with the local political leaders. In addition, there will also be daily shows like Desh Ka Sawaal and 8 PM Special which will keep viewers updated on the political scenario in the country.

Some special weekly shows like Siyasat Ka Big Boss will feature the main political leaders of 2019 general elections which will may impact in the upcoming elections. Nehle Pe Dehla – Takkar, will be a live debate show which address various political agendas between political leaders of various national and local parties, while amid political tension, Teekhi Mirchi, an exclusive satirical politoons series which will be a funny take on the political battle between various parties with humorous and satirical videos.