Network18 Announces the Launch of Mahabharat: The Biggest Coverage of General Elections 2019 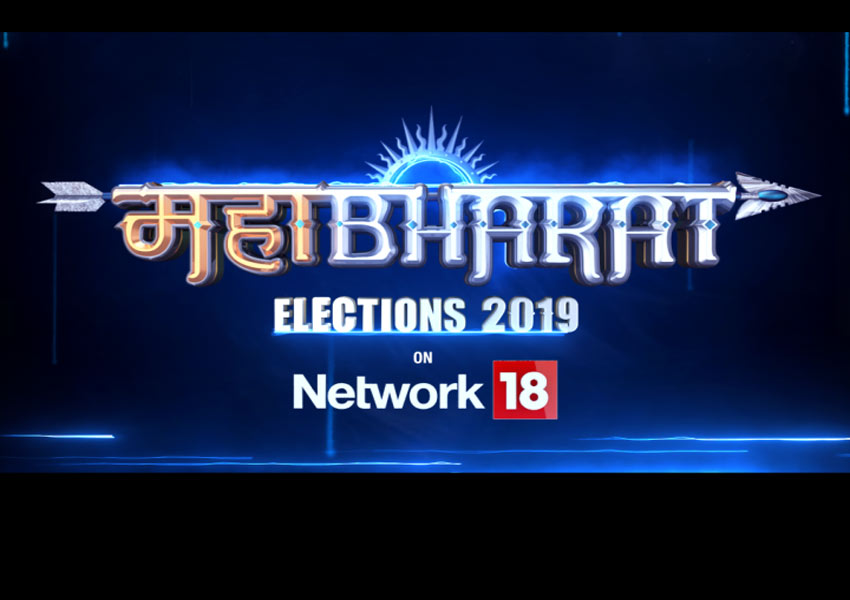 Network18 is all set to bring to its audience an unmatched programming on General Elections 2019 under its umbrella branding – ‘Mahabharat’. Reaching out to 64 crore viewers*, the programming will telecast in 15 different languages on 20 news channels of the network.

Keeping up with the legacy of bringing the most comprehensive reportage on the major elections, the programming on Network18, the largest news network in India, will span more than 3700 hours with over 200 shows and segments. From covering high-decibel campaigns and rallies of star campaigners to highlighting the voice of first-time voters and key concerns of the female voters across the country, the programming will encompass numerous interactive shows across channels. Covering the length and breadth of the country, the programming will focus on the aspirations and expectations of the common men and women from the upcoming government.

The incisive coverage on the channels will include dedicated bulletins and debates, wide-ranging on-ground reportage, in-depth profiling of the biggest leaders, data driven analysis of trends and government’s performance, wittiest political satires along with interviews with the biggest newsmakers. Starting from campaigning, the mega programming will cover polling days and counting day, right until the government formation.

The reportage across the leading national and regional channels – CNN-News18, News18 India, CNBC-TV18, CNBC Awaaz, News18 HSM, News18 South amongst others – will be led by the team of veteran anchors, editors and reporters who, along with prominent experts, will give an in-depth analysis of key issues and developments and keep the viewers well-informed of the high-profile General Elections. Culminating in the grand finale of this modern day Mahabharata, Network18’s largest team of reporters will be deployed to deliver real-time result updates from each constituency. Network18 will leave no stone unturned to bring an unrivalled view of the biggest elections.

With an aim to further amplify its programming, Network18 will do an extensive on-air promotion across its various channels along with heavy promotion on social media and its digital platforms. In order to reach out to media agencies and advertisers, the network is also doing extensive branding activities across top media agencies.

The coverage of General Elections across all channels of Network18.