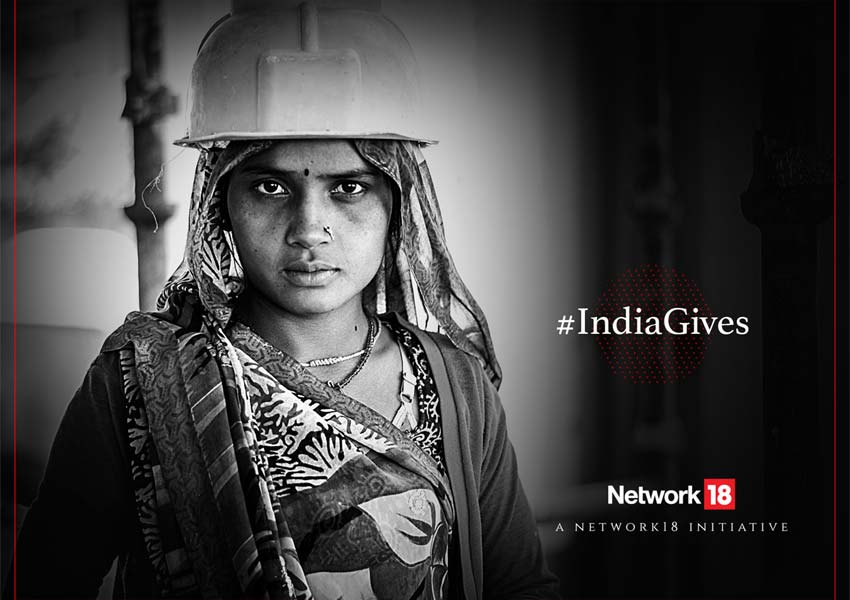 Media conglomerate Network18 has launched #IndiaGives, a campaign to financially support the country’s most vulnerable citizens during the coronavirus lockdown.

As a first step, the over 6,000 employees of the Network18 group have contributed a day’s salary to the Prime Minister’s National Relief Fund, to be used to provide succor to daily-wage workers whose livelihoods have been affected due to the shutdown.

Hundreds of millions of Indians have little or no financial security. Some 77.2% of Indian households, or nearly 200 million households, are either self-employed or are engaged in casual labour. (Source: Periodic Labour Force Survey report, May 2019). A shock on the scale caused by the three-week national coronavirus shutdown could be devastating.

Which is why our journalists and our media brands—News18 India, CNBC-TV18, CNN News18, News18 regional-language channels, CNBC Awaaz, CNBC Bazaar, Moneycontrol, Firstpost, News18.com and Forbes India—will pay particular attention to the stories of those whose livelihoods will be most badly impacted by the shutdown.

While it is true that daily-wage workers are going to bear the brunt, it is equally true that when Indians come together to fight for the common good, we uplift ourselves and emerge victorious. The generosity of Indians is unmatched, and so are our empathy and resolve. Through the #IndiaGives campaign, the media brands of Network18 will channelize the generosity and empathy of Indians to the noble cause of protecting the Indian worker.

The Prime Minister, Mr Narendra Modi, has spoken of the urgent need to protect daily-wage workers and casual labourers. Contributions to the Prime Minister’s National Relief Fund for this purpose will be a great national service. Network18 urges all large-hearted citizens to join #IndiaGives. Together we win.