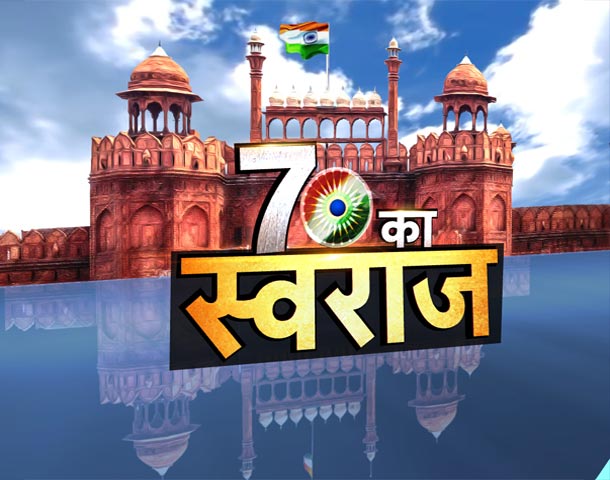 As India gears up to celebrate Independence Day on the 15th of August, News18 India will present an array of shows to mark the historical occasion.

Starting 12th August, News18 India will celebrate the spirit of independence with a number of specials, under the umbrella branding Sattar ka Swaraj. The channel’s offerings will include Azadi Ke Gaon – a special show highlighting the story of a village where till date villagers don’t have access to electricity and water, even after 70 years of independence; a special show on submarines with an exclusive report from inside an Indian Navy submarine; Heroes of Second World War – a show focusing on the forgotten Indian heroes of the Second World War who fought alongside the Allied forces; Azadi Ke Tarane – a compilation of popular patriotic Bollywood songs; Kashmir Mein Bharat Bhakt – A show on those in Kashmir who are nationalists and swear by this country – and finally a special episode of Lapete Mein Netaji.

Along with this special programming, the channel will also telecast live coverage of President Ramnath Kovind’s first address to the nation on the eve of Independence Day and Prime Minister Modi’s address to the nation from the Red Fort followed by a discussion with experts on the key highlights of the speech.