News18 network is organizing ‘Rising Chhattisgarh 2017’ in Raipur on September18, 2017. The Chief Guest for the event will be the Honourable Chief Minister of the State Dr. Raman Singh. The main objective of “Rising Chhattisgarh” will be to provide a platform to the state’s top political and bureaucratic leadership to outline and roadmap the development priorities for the state.

The engaging discussions at Rising Chhattisgarh will centeron the state government’smajor initiatives and achievements. The platform will also witness candid discussions on the challenges that the state has been facing and the strategies for addressing the same.The event will see diverse points of view being presented from across the entire political spectrum as well as have senior administrators and policy makers articulate their thoughts on the state’s development agenda.

Commenting on Rising Chhattisgarh,ETV News Network’s Group Editor Rajesh Raina said, “This edition of the Rising Series being held in Chhattisgarhwill provide our viewers here with a unique window into the priorities of the state government and how the overall governance apparatus in the state aims to address issues that people in Chhattisgarh are facing.”

Avinash Kaul, President – Network18 said, “The Rising Series has become established as a highly credible and impactful platform since its launch earlier this year. Chhattisgarh will be the 7th state where the News18 Network will be organizing this event. We firmly belief that as the country’s leading news network, it is incumbent upon us to create avenues for a direct and open dialogue between all stakeholders key to the growth of a region.”

Tune in to view this program live on ETV MP/Chhattisgarh5.30pm onwards on 18th September.

Tags:
Previous Article
‘Simran’ debuts across 1179 screens on UFO Moviez network screens
Next Article
Kangana Ranaut, Varun Dhawan & many others present together at the Cinema Summit

NOVA Cinemaz enters in programming and branding agreement with 10 theatres 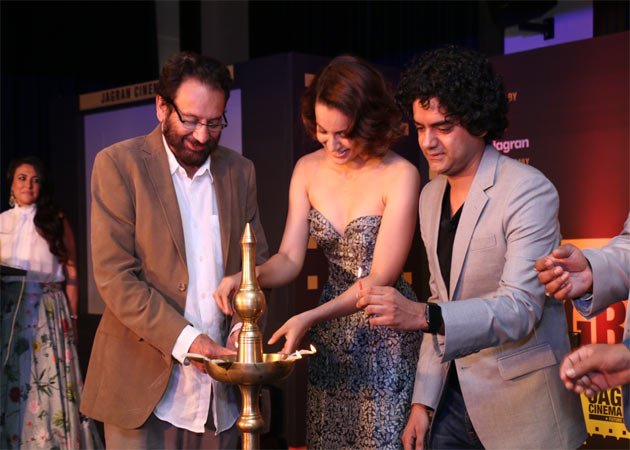 Kangana Ranaut, Varun Dhawan & many others present together at the Cinema Summit
MediaInfoline Sep 16