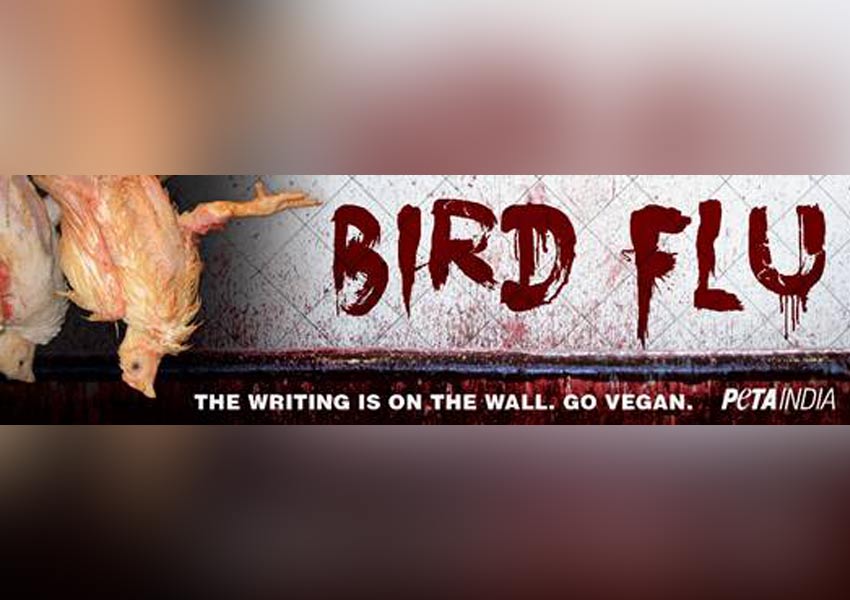 With the outbreak of avian influenza while people are still fighting with COVID-19, poses another threat to human health. People for the Ethical Treatment of Animals (PETA) India urges everyone to help combat deadly diseases by avoiding animal-derived foods by erecting a “bloody” billboard in Mumbai, Bhopal, Delhi, Thiruvananthapuram and Chandigarh and hoping to save humans as well as chickens.

“Confining and killing animals for food has led to pandemics and other deadly disease outbreaks that not only kill animals but also threaten the health of every human being on the planet,” says PETA India Vegan Outreach Coordinator Dr Kiran Ahuja. “PETA India is urging everyone to protect themselves and others by avoiding meat like the plague.”

In the current outbreak, two strains of bird flu have been found in India, H5N1 and H5N8 and H5N1, as per World Health Organisation (WHO) is fatal to 60% of humans who contract it. WHO further warns people that handling dead or diseased birds and improper cooking can risk infection. PETA India notes that it’s not unusual to witness dead and dying chickens at filthy live-animal markets where the birds are sold for slaughter and on factory farms.

Vegan meals spare animals immense suffering, in addition to helping to prevent the spread of deadly diseases. A huge number of animals are raised in vast warehouses, in today’s meat, egg, and dairy industries by the hundreds, thousands or even millions in severe confinement. Piglets are castrated without painkillers, chickens’ throats are cut while they’re still conscious, fish are cut open while they’re still alive and cows are forcibly separated from WHOtheir beloved calves.

Offering a free vegetarian/vegan starter kit packed with tips, recipes, and more, PETA India – whose motto reads, in part, that “animals are not ours to eat“ and which opposes speciesism, a human-supremacist worldview. Follow the group on Twitter, Facebook, or Instagram for more information or visit PETAIndia.com.