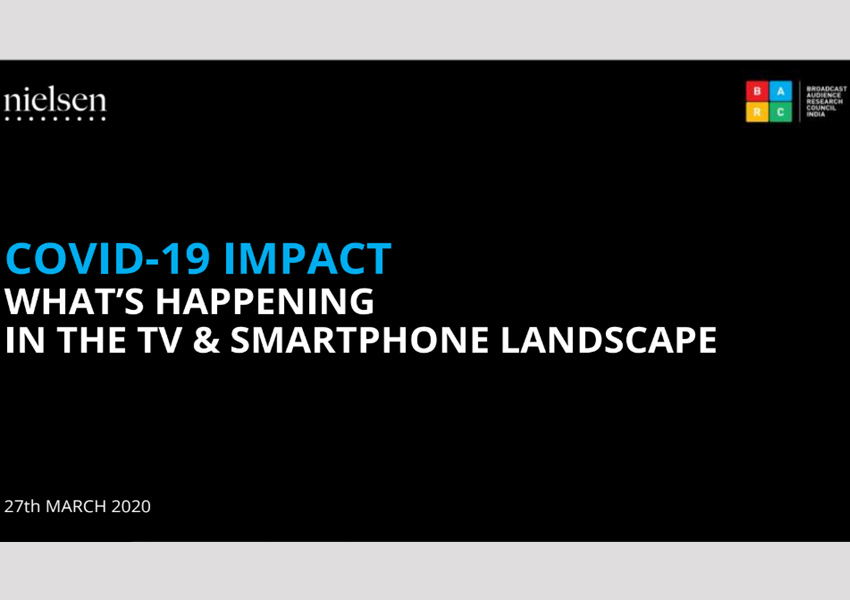 On March 24, 2020, with the Prime Minister announcing a total lockdown in the country, people are slowly coming to terms with the new normal. It started with many states enforcing the lock-down, partially and fully, and many places of work enforcing work from home (WFH). Faced with the predicament of not being able to move out of their homes, people are creating new ways of spending time productively. It is a well known fact that Television Viewing is an integral part of the Indian ethos. An average Indian is known to spend a considerable number of hours with 3 hours, 51 minutes every day on TV. So, it is obvious that forced confinement will lead to  changes in TV consumption behaviour.

Today if there is one device besides the TV which is an integral part of the Indian consumers’ lives, it is the smartphone. People today depend on their smartphones not just for communication and social interactions, but also for entertainment, banking and financial transactions, purchase of daily need goods like groceries, personal care to durables.  It is but natural that this period of forced confinement would also engender some change in the way people interact with their smartphones.

BARC and Nielsen have jointly put together a report to understand the changes in consumption behaviours of TV and Smartphones, respectively, given the extraordinary situation surrounding the COVID pandemic and its fallout.

Sharing her views on the current surge in smartphone usage, Dolly Jha, Country Leader Nielsen Global Media, South Asia said, “We are living through unprecedented times! Physical Social Distancing seems to have led to a phenomenal growth in Virtual Social Togetherness with an almost 20% increase in time spent per user on Chats, Social Media and News in the last one week. And we anticipate this to grow further.”

Elaborating on the topic Sunil Lulla, Chief Executive Officer, BARC India said, “These are unfortunate and unprecedented times. Working closely with Nielsen, we bring for our customers and stake-holders, this very significant and important update, on change in content and advertising consumption behaviour, with a significant population at home. We will report soon enough, the impact of total lockdown. Our respective brave teams are working (WFH) round the clock to ensure the TV measurement currency, continues uninterrupted.”

Some of the Key Highlights of what we have seen are as follows: –

The PMs address to the Nation on complete lockdown garnered unprecedented viewership of 197Mn watching it across the country.

As the situation continues to evolve in the coming weeks, BARC and Nielsen will also continue to track shifts in TV and Smartphone audience behaviour. Future reports will be released on a weekly basis to keep the ecosystem abreast of how audiences in India are adjusting their TV and Smartphones consumption around the new normal.