Aaj Tak brings together the legends of Cricket in Salaam Cricket 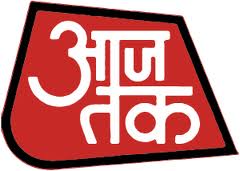 Aaj Tak, the Nation’s No. 1 News channel will get the legends of cricket together on one platform at the mega cricket event – SALAAM CRICKET. Eight Cricket Captains, members of the victorious Team India from the 2007 World T20 and other superstars of the game will converge at the largest Cricket event to add perspective to the question ‘Will this be India’s Cup again?’
Speaking ahead of the event, Ashish Bagga, Group CEO – India Today Group said, “Salaam Cricket has already set the benchmark for being the definitive cricket conclave. This year’s edition too is all set to add to the excitement ahead of the World T20 with a historic line up of legends”.
The day will start with the session – “Sehwag Ka Sixer” with Virender Sehwag, Former Captain, and member of the 2007 World T20 Champion team. This will be followed by the session “Superhit Takkar” which will feature Sourav Ganguly, Former Captain, India and Inzaman Ul Haq, Former Captain and a member of the 1992 World Cup winning Pakistan Team.
Gautam Gambhir, member of the 2007 World T20 Champion team will share his memories and views in the session – Jeet Par ‘Gambhir’.
The next session will have the 2007 World T20 Champion team members R.P. Singh and Joginder Sharma along with Lalchand Rajput, Coach of World T20 Champion team who will share their experience and winning formulae.
Ex-Cricketer- V.V.S. Laxman, West Indies Cricket team member- Dwayne Bravo, Former Captain and a member of 1996 World Cup Winning Sri Lanka Team- Sanath Jayasuriya and Former Captain, Bangladesh Habibul Bashar will be seen locking horns in the session – “T20 Ka Big Boss Kaun?”
Former cricketers from the sub-continent- VVS Laxman, Mohammad Kaif, Inzaman Ul Haq, Habibul Bashar and Sanath Jayasuriya will analyse the probabilities of an Asian champion in the T20 World Cup in the session “Asia Ki Dawedari”.
Dwayne Bravo, member West Indies cricket team will share his insights and views in the session – Big Bravo.
The session “India–Pakistan Takkar” is expected to see emotions run high as Kapil Dev,Captain of the 1983 World Cup Winning Indian Team and Wasim Akram, Former Captain, and member of 1992 World Cup Winning Pakistan Team will discuss the excitement and the high expectations when the two cricketing rivals play against each other.
The day will close with the five cricket captains sharing the stage in the session, Kaun Banega Champion? The session will have Kapil Dev, Sourav Ganguly, Mohammad Azharuddin, Wasim Akram and Inzaman Ul Haq sharing their views on possibilities of participating countries.
Tags:
Previous Article
Pop Diva Christina Aguilera is back on The Voice Season 10
Next Article
Hero Electric becomes the first to sell automobiles on e-commerce platforms!