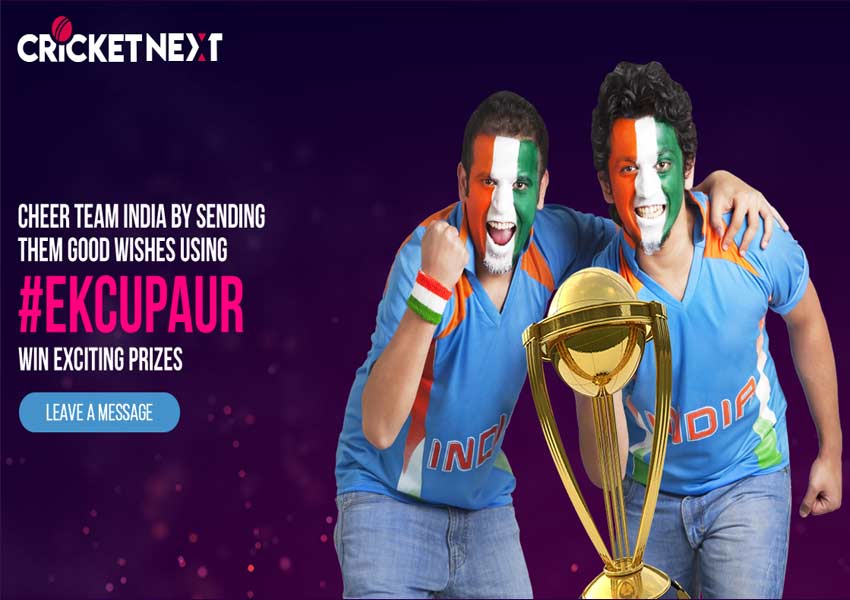 With the ICC World Cup 2019 in England and Wales just ten days away, fan frenzy is all set to grip the nation. News18’s CricketNext.com has launched a brand campaign to bring India’s dedicated fans closer to their team by sending them their wishes to win the World Cup for a third time after 1983 and 2011.

The campaign, called #EkCupAur, aims to engage with the passion of Indian Cricket Fans. A specially designed section on the CricketNext Website and App has been created to allow fans to login and leave their wishes. Fans will also be able to send wishes through Twitter and other social media platforms using the hashtag #EkCupAur.

All these wishes will be compiled and sent to Team India before they embark on their mission to play against the best teams in the world.  The most creative and engaging wishes will give users a chance to win Jerseys and Cricket Balls signed by Anil Kumble, the brand ambassador of CricketNext.

“We are excited to bring #EkCupAur to our readers and viewers,” says Maruti Indoria, Business Head, CricketNext. “We aim to make #EkCupAur the voice of every Indian Fan and a platform for their heartfelt wishes. Through this campaign that will run on multiple digital platforms, we aim to re-emphasize the brand’s tagline ‘Where fans rule’.”