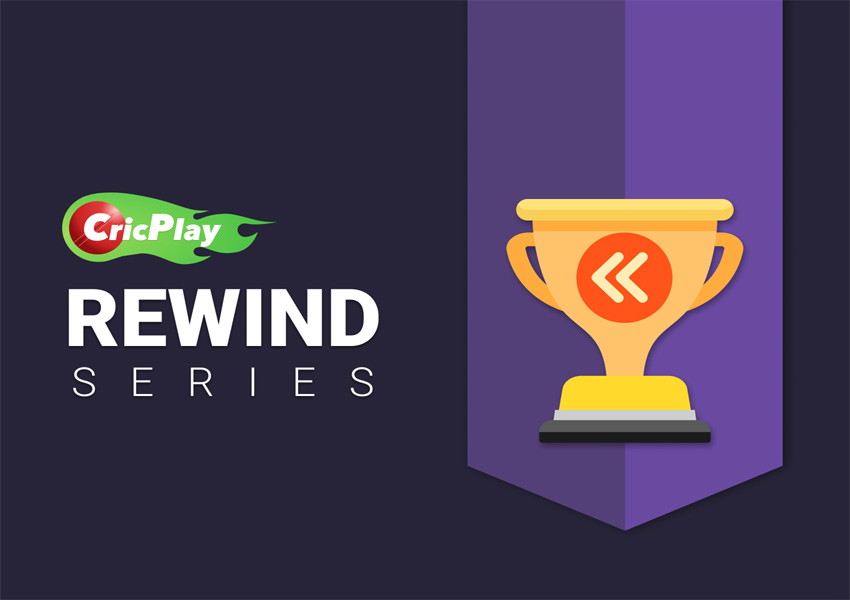 CricPlay has unveiled the country’s first-ever free ‘Rewind Series’ gameplay on its fantasy cricket platform that enables Indian gamers to revisit some of the most historical cricket matches around the world by picking their favourite XI cricketers from a team of the pre-timed upcoming match.

To participate in this exclusive limited-period contest, gamers would need to download the CricPlay app from Google Play or log in to www.cricplay.com & register for the upcoming ‘Rewind Series’ to play with a Cricplat-assigned ‘Rewind Expert’. Every contestant joining the game would know the match year and player lineups of both teams half-an-hour in advance, but the exact match date would be kept a secret until the start of the game to preserve the element of surprise. Winning players are eligible to win CricPlay Coins if they appear on the leaderboard.

Speaking at the launch, Gaurav Sarin, Business Head of CricPlay said, “Cricket has been one of the strongest unifying forces in our society irrespective of income and age given our collective love and admiration for the game. In times of crisis such as this, we believe people need a well-deserved break and we have worked hard to offer mobile gamers & sports lovers across the country some joy in reliving iconic cricket matches with the new exciting game that we conceptualised called ‘Rewind Series’. We invite every cricket-loving Indian to go ahead and enjoy rolling back the clock on our rich cricketing heritage over by over.”

Besides the ‘Rewind Series’, CricPlay features five  major formats – Mega Fantasy Leagues, Super Leagues, Challenger Leagues, Star Contest and Daily Predictions. In the ‘Mega Fantasy League’ format, the app allows users the choice to play with other gamers across the country and win money, create private contests and invite their friends or join the ones created by them and compete with them in the same fantasy format. Every team scores points based on the actual performance of the player picked during the match, and the highest scoring team wins. ‘Super League’ is an original gameplay where gamers can select a team per match and select power-ups like ‘Substitution’, ‘Captain Changer’ or ‘Vice Captain Changer’ for an enhanced gaming experience. Challenger Leagues allow users to compete with each other on limited leader-boards & win prizes. Star Contest is one of the most innovative gameplays launched by CricPlay that enables its users to play with one of Cricket’s greatest minds. In ‘Daily Predictions’, gamers leverage their cricketing knowledge to determine a winning outcome before the match starts and win cash provided they have the highest daily consecutive correct predictions.

Tags:
Previous Article
Parents! Your babysitter is here, Playdate with Star Movies
Next Article
An update on Twitter’s efforts to help you find credible information