The 91st edition of the MCC-Murugappa Gold Cup Hockey tournament will be held from 27th July to 6th August, 2017. This will see participation from 10 teams pooled across two Groups. The top two teams will win cash prizes of ₹ 5 lakhs and ₹ 2.5 lakhs, respectively. There will also be a cash prize of ₹ 10,000/- given along with a high-end bicycle each to the best forward, best midfielder, best goalkeeper/ defender, the most promising player of the tournament and the man of the match of the finals. Mayor Radhakrishnan Stadium in Egmore, Chennai, will continue to be the venue for the tournament.

This was announced at a press conference by Madras Cricket Club (MCC) and Murugappa Group, the two institutions that are organising this tournament. The MCC was represented by Mr. Srivatsan Subramaniyam, President, Mr. B. Vijay Kumar, Honorary Treasurer, and Mr. CN Shanmugham, Organising Secretary. Murugappa Group was represented by Mr. Arun Murugappan, Managing Director of Parry Enterprises India Ltd.

Mr. Arun Murugappan said, “Murugappa Group is happy to be associated with this tournament for all these years and we hope to continue our association in the coming years. The tournament is a great platform for youngsters who are passionate about the game and is also a great opportunity for recruitment of new talent. Cash prizes for the winners and runners-up and special prizes for the best individual players of the tournament will be given away. It will be an exciting 10 days for sure!”

Mr. Srivatsan Subramaniyam, President of MCC, added, “The Madras Cricket Club aims at promoting hockey on a large scale and that is the idea behind the MCC-Murugappa Gold Cup Hockey tournament. We are honoured to be associated with the 91st edition and would like to extend our thanks to the Murugappa Group for their continued support.”

Mr. Manish N Gour will officiate as the Tournament Director and will be assisted by a team of outstation and local officials.

A total of 10 teams are participating in this tournament, pooled in the following 2 groups: 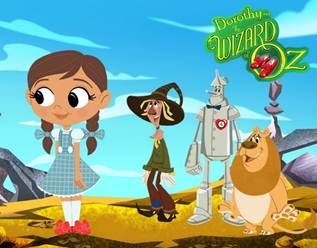