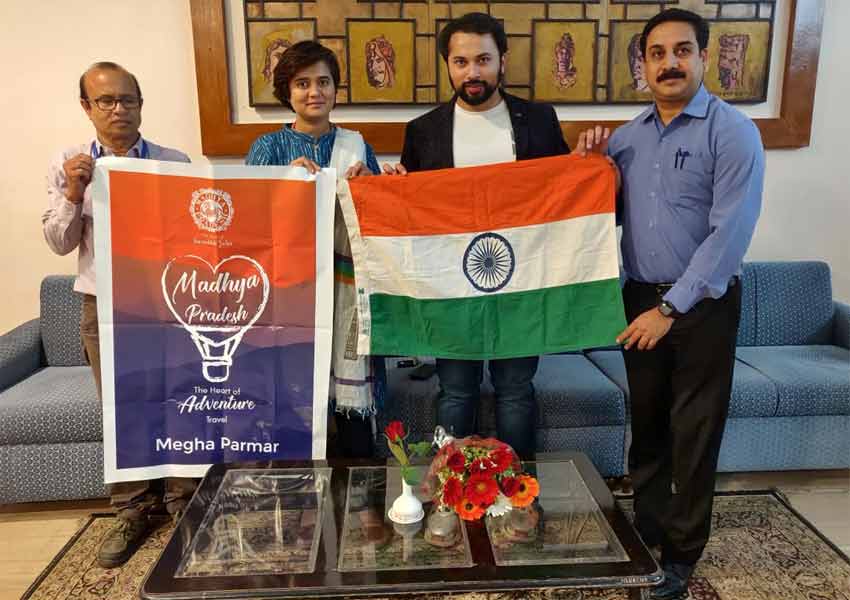 On this occasion, providing his best wishes to Megha Managing Director, Madhya Pradesh Tourism Board Mr. Faiz Ahmed Kidwai said “The daughters of Madhya Pradesh will give a message about the adventure tourism potential of the state and the country at the world level for the adventure today. Due to which the tourism of the state will get expanded”.