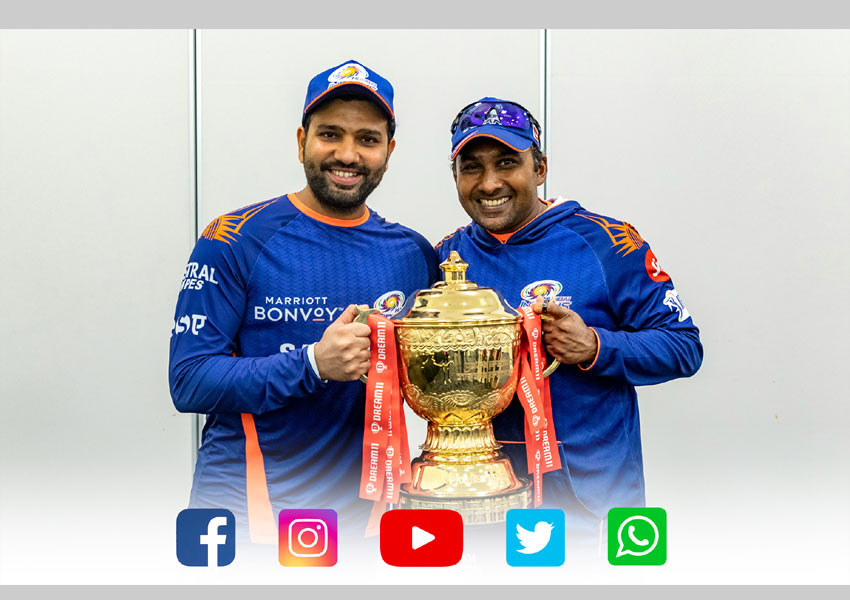 Mumbai Indians digital dominance comes to the forefront as it becomes the most trusted and engaging sports brand in the world. Owing to its highly engaging IPL digital content, the brand has surpassed global sports clubs in terms of popularity, thus spreading its wings as a global Indian brand.

Mumbai Indians has once again reinforced its dominance as one of the most successful sports clubs in India, and a fast emerging Indian sports brand globally.

Following its near flawless campaign in defending the IPL 2020 title, the now five times winner Mumbai Indians have established itself as the most engaged (cumulative engagement across Facebook, Instagram and Twitter) IPL franchise for the third consecutive season.

Amidst IPL 2020 played in challenging circumstances faced by sports globally due to the pandemic and the forced restrictions on in-stadia fan engagement opportunities, the IPL teams and athletes were left with a daunting task of connecting with their fans through digital innovations.

Ahead of Global Football Clubs

A study by Spanish firm Deportes & Finanzas (@DeporFinanzas) revealed Mumbai Indians emerged as the most popular sports team in the world on Facebook for the months of October and November 2020, ahead of teams like Manchester United FC, FC Barcelona, Liverpool FC and Arsenal FC. Deportes’ study on sports teams’ Instagram interactions, puts Mumbai Indians in third position in the world behind FC Barcelona and Manchester United, for the month of November 2020.

Mumbai Indians spokesperson said, “We are grateful and humbled to have an enviable force of our Paltan behind our boys. Our Paltan are the real source of our motivation in our endeavour to step up our efforts in every aspect both on and off the field. The Paltan are our real heroes. Mumbai Indians’ success on the digital front during this unique IPL season is testament to pioneering stature and following of our club across the globe.”

Mumbai Indians, across digital platforms, captured fans’ imagination through its engagements clocking cumulative interactions of over 317 Million across all its three social media platforms i.e. Facebook, Twitter and Instagram, earning the cap of the ‘most engaged’ amongst the competing clubs.

Interestingly, the ‘MI Live’ show in its very first year of roll out has been a super hit with fans as it surpassed engagement and consumption numbers by a huge margin compared to most established cricket publishers’ shows during IPL 2020.

As the first team to use a WhatsApp bot ‘MI Buddy’ to connect with its fan base, MI notched over 4 million messages from over 200K unique users during the course of the season, with ‘MI Quiz’ being the best participated activity.

The season also witnessed the launch of a new interactive prediction game ‘Paltan Play’ on MI’s digital platforms which allowed participants to predict the game on a real-time basis through the MI website and App.