Percept Sports & Entertainment, the Strategic Business Unit of Percept One, bagged the prestigious mandate of executing the World Wrestling Entertainment (WWE) live account. The spectacular two day show took place on 15 and 16 January, 2016, at the IGI Stadium in New Delhi.

The Percept Sports and Entertainment team seamlessly handled the massive task of managing the gigantic IGI Stadium venue catering to mammoth audience strength of 40,000 attendees. Having handled many large format live events over the past two decades, Percept Sports and Entertainment found the WWE mandate an exciting challenge as they worked extensively over a period of more than six months to ensure that the WWE India debut event after a long span of 14 years was a grand success. Despite the overwhelming number of guests attending, their movement was well streamlined from the entry gates to their respective seats. An efficient and devoted troupe of 1,500 police personnel along with 500 additional security guards deployed ensured complete safety at the event, even as a well trained team of 250 volunteers effortlessly ushered the guests to their pre-designated seats.

The ambience and the impression of the ring and arena were on similar lines akin to the international gala shows, with additional seats placed around the ring to offer a flawless visual treat for the visitors present. Merchandise stalls were set up for fans to take away WWE goodies. There were several F&B counters catering delicious snacks and beverages to the 40,000 guests during the event intervals.

“WWE Live Event was a moment of great pride and delight for Ten Sports. It has been Ten Sports’ endeavour to create exclusive experiences for its audience and WWE Live was the part of that effort. Here I would also like to thank Percept team for their relentless efforts to make the event memorable for the visitors and for Ten Sports”, said Prasenjit Basu, Marketing Head, Ten Sports.

Ten Sports was responsible for bringing back this prestigious and popular show to India after a 14 year hiatus. Said Rajesh Sethi, CEO, Ten Sports & Taj Television Ltd, “Ten Sports is proud to have brought back a WWE live event to India. The Ten Sports team’s effort to put together this mega show is reaping benefits – all fans went home with great memories. The event generated great traction and the ticket sales for this event will be benchmark for every sport. Such events are part of Ten Sports Networks’ conscious effort to bring sport closer to fans and increase their experience. This also has opened up a new revenue stream for the network and has been a commercial success. We look forward towards bringing similar events in the future, we are extremely happy to have partnered with Percept in the execution of this event.”

Jayaram Nair, National Business Head, Percept Sports and Entertainment said, ‘’It was a wonderful opportunity to win the WWE live event mandate and be associated with such a prestigious and popular international event. With WWE returning to India after 14 years, the expectations were really high and we made sure that every element of the event had a phenomenal and memorable impact on the audience. Conceptualizing a fresh theme for such a reputed global event was an immense challenge, and we were thrilled to see our hard work pay off as we pulled off a world-class live event. The six months of preparatory work was much appreciated by the Ten Sports and WWE management teams as the accommodation, transport, security, F&B, and every other requirement of the stars and attending visitors was glitch free. We look forward to managing many more spectacular and unforgettable live sport events pan India and Asia in the near future.” 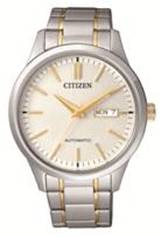